Bangkok, Dec 23 (EFE).- The death toll in a Myanmar jade mine collapse has risen to four while scores of workers remained missing in the tragedy that hit the northern part of the restive country two days ago.

The Khit Thit Media portal reported that rescuers had recovered four bodies, as the search continued for scores of people feared trapped after the landslide hit a Hpakant mine in the Kachin state.

A member of the rescue team told EFE Wednesday that they had recovered one body.

The rescuer said the number of missing would not exceed 50 since not many miners worked in the cold morning hours.

However, the local media said around 100 people were missing.

Data verification is very complicated as most of the missing are unlicensed miners looking for jade stones in debris dumped by mining companies.

The avalanche hit shacks built with sticks and canvas near a small lake.

Search and rescue work is extremely difficult in the rugged region with unstable cliffs and where clay water traps bodies at the bottom.

Mining-related accidents are common in Hpakant, where miners work in extremely precarious conditions.

In July 2020, more than 160 miners were trapped in a landslide while extracting the jade during heavy rains.

In 2019, at least 54 people died from a landslide in another part of the mining area, located about 800 kilometers (497 miles) north of the capital city of Naypyidaw.

Thousands of impoverished people from all over the country flock to the jade mines – to which the foreign press is not allowed access – searching for fortune or livelihood.

But in most cases, the benefits are scarce, and the risks are high.

Myanmar is the world’s largest producer of jadeite, a prized variety of jade extracted mainly in the Kachin mountains and enjoys a high demand in neighboring China. EFE 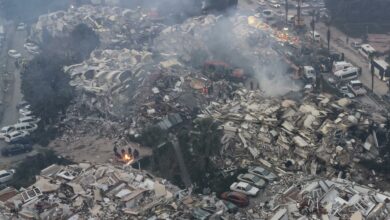 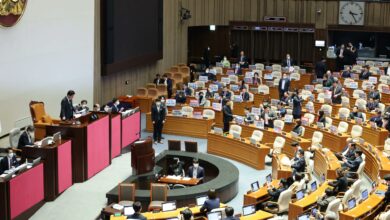