Washington, May 11 (EFE).- As expected, Democrats in the US Senate on Wednesday were not able to marshal enough votes to pass their bill to protect the right to abortion on the federal level, a right that the overwhelmingly conservative Supreme Court seems poised to eliminate in the coming weeks.

The bill failed to pass in a key vote, given that Democrats needed the support of 60 of the 100 US senators to begin debate on the measure in the Senate, and the 50 Republicans had been expected to vote as a bloc against it.

In fact, that is what happened, with all GOP senators voting “no” on the bill while all Democrats but one voted “yes.”

The only Democratic senator to break ranks with his party was West Virginia’s Joe Manchin, the very last senator to cast his vote, thus making the final vote tally 49 for the measure and 51 against.

The vote came amid a climate of considerable tension after last week media outlet Politico published a leaked draft opinion of a Supreme Court ruling to revoke the right to abortion, which the high court had enshrined in its historic 1973 Roe v. Wade ruling.

The leak put Democrats on the defensive, given that overturning Roe v. Wade would allow Republicans to restrict and even eliminate the right to abortion by returning the authority to determine whether abortion is legal to the states, where local legislatures could approve laws against a woman’s right to choose.

“All of us will have to answer for this vote for the rest of our time in public office,” Schumer said on the floor of the Senate on Wednesday before the vote. “Before the day is over, every member of this body will make a choice to stand with women to protect their freedoms or stand with MAGA Republicans to take our country into a dark and repressive future.”

The Senate Majority Leader was referring to former President Donald Trump’s slogan to “Make America Great Again,” a slogan that has been adopted by the GOP base as its mantra.

Schumer has pushed for the vote with the aim of forcing all senators to take a public position on the matter despite the fact that the bill had little chance of passing.

President Joe Biden said after the vote that the stance of the Senate Republicans “runs counter to the will of the majority of (the) American people.”

“Republicans in Congress – not one of whom voted for this bill – have chosen to stand in the way of Americans’ rights to make the most personal decisions about their own bodies, families and lives,” he said.

“To protect the right to choose, voters need to elect more pro-choice senators this November, and return a pro-choice majority to the House. If they do, Congress can pass this bill in January, and put it on my desk, so I can sign it into law,” the president added in his statement.

Currently, the Senate is evenly divided between Republicans and Democrats, although the latter have a technical majority since Vice President Kamala Harris, in her role as president of the Senate, could break any tie.

Schumer said that there will be “real” and “immediate” consequences if the Supreme Court nullifies Roe v. Wade.

Specifically, if the high court overturns the right to abortion on the federal level, 26 of the 50 states are sure to take measures to restrict it in their jurisdictions.

That would mean that approximately half of the women of reproductive age in the US, some 36 million, would find themselves without access to abortion in the states where they live, according to calculations by Planned Parenthood, the largest network of reproductive health clinics in the US. 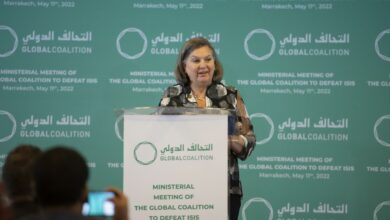