Manila, Sep 21 (EFE).- Developing Asian economies would expand slower than predicted but will nevertheless exceed China for the first time in 30 years, the Asian Development Bank (ADB) said in a report on Wednesday.

The Manila-based bank reduced its growth expectations for emerging Asia and the Pacific, blaming recurring Covid-19 lockdowns in China in part.

It also highlighted concerns from rising central bank monetary tightening and the aftermath of the Ukraine crisis as growth stumbling blocks in the region.

The region’s economy will grow by 4.3 percent this year, compared with the bank’s projection in April of 5.2 percent.

The bank lowered the growth forecast for next year to 4.9 percent from 5.3 percent while raising its inflation predictions.

Excluding China, “the rest of developing Asia is projected to grow by 5.3 percent in both 2022 and 2023,” the bank predicted in its updated Asian Development Outlook (ADO) 2022.

The bank downgraded China’s growth outlook for this year to 3.3 percent from a 5.0 percent projection in April.

“(It) will be the first year in more than three decades that the rest of developing Asia will grow faster than (China),” the bank noted.

The forecast for India was lowered to 7.0 percent from 7.5 percent due to higher-than-expected inflation and monetary tightening.

“A significant downturn in the world economy would severely undermine demand for the region’s exports,” Park warned.

He said stronger-than-expected monetary tightening in advanced economies could lead to financial instability.

The Chinese growth “faces challenges from recurrent lockdowns and a weak property sector,” he said.

“Governments in developing Asia need to remain vigilant against these risks and take the necessary steps to contain inflation without derailing growth.”

Unlike other Asian countries, China has maintained its ironclad zero covid policy and continues to impose lockdowns to prevent more virus outbreaks. EFE 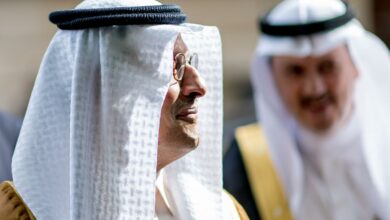