Lima, May 27 (EFE).- Shining Path, the Maoist-inspired insurgency that rocked Peru in the 1980s, has been blamed for a massacre carried out two weeks before a presidential election, yet many in the Andean nation whether the group known in Spanish as Sendero Luminoso continues to exist.

The only certainty about the events of the wee hours of Monday at a bar in the southern municipality of Vizcatan del Ene is that 16 people, including four minors, were slain.

For the Peruvian right, led by presidential candidate Keiko Fujimori and former Interior Minister Fernando Rospigliosi, the responsibility for those deaths unquestionably lies with Sendero.

The bloodbath in the Valley of the Apurimac, Ene and Mantaro Rivers (VRAEM) seemed to boost Fujimori’s efforts to link leftist opponent Pedro Castillo to the political violence that claimed nearly 70,000 lives in Peru between 1980 and 2000.

The military and police likewise pointed the finger at Sendero Luminoso some 48 hours before the first investigator arrived at the scene.

But before the massacre in Vizcatan, the official narrative was that Shining Path remnants in the VRAEM – source of 70 percent of the 400 tons of cocaine produced annually in Peru – had abandoned political struggle to work as hired guns for drug cartels.

Alberto Otalora, a former defense minister, is among those who aren’t ready to accept the new official version.

“They are facts based in evidence: SL, as an ideological, political and military structure, ended with the fall of ‘Comrade Artemio,'” Otalora told Efe, referring to the 2012 capture of Shining Path factional chief Florindo Flores Hala.

“And what remains now in the VRAEM? An organization that, under the paramilitary structure of the subversives, has become a group of mercenaries at the service of drug trafficking,” the former defense minister said.

The band of Sendero Luminoso veterans operating in the VRAEM consists of between 100 and 200 people under the command of Victor Quispe Palomino, a.k.a. Comrade Jose.

Ahead of Monday’s attack, Rospigliosi warned of imminent aggression by SL and even mentioned Vizcatan as a “hot spot.”

The first images of the massacre were circulated on social media by Rospigliosi and another former defense minister, Fujimori ally Pedro Cateriano, accompanied by captions challenging Castillo’s capacity to confront terrorism.

Otalora denounced the attempt to politicize what happened in Vizcatan as “mistaken” and disrespectful toward “the thousands of Peruvians who lost their lives to terrorist violence.”

“This was a criminal massacre,” Jaime Antezana, one of Peru’s leading experts on terrorism and drug trafficking, told Efe.

“And it has two possible explanations. One is that it’s deliberate attack by the Quispe Palomino (group) to benefit Fujimorism,” Antezana said.

“Castillo leads the polls this week and the right becomes desperate. There were already spokespeople for Keiko talking about terrorist threats, car bombs, red flags, messages that ‘terrorism’ says not to vote for Keiko,” the analyst said. “So they want it to be Sendero that perpetrates the massacre, a self-completed prophecy.”

Both of Keiko’s previous presidential bids, in 2011 and 2016, saw attacks in the VRAEM ahead of election day.

Antezana’s second hypothesis is that gunmen – possibly from Quispe Palomino’s organization – carried out the crime for pay on the orders of a third party.

“In any case, either they are the Quispe or they are hit-men, but it’s not terrorism,” Antezana said. 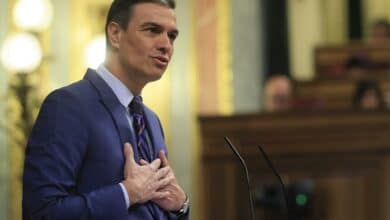 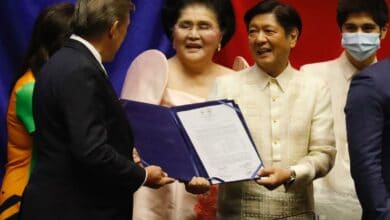 Australia must ‘respond’ to China’s moves in Pacific, says PM