Lima, Nov 25 (EFE).- A score of murals painted by Latin American artists are livening up walls in the notoriously gray Peruvian capital while also purifying the air with an eco-friendly paint and helping combat the notion of street art as vandalism.

On one corner of Alfonso Ugarte Avenue, in the heart of downtown Lima, Chile’s Araceli Villarreal puts the finishing touches on a macromural whose magical motifs offer some relief from the chaotic traffic of that busy thoroughfare.

Her work covers a wall measuring 27 meters (88.5 feet) in length and four meters in height that a week ago was “white and dull,” the 28-year-old painter and graphic designer, whose artistic name is Lari, told Efe.

Lari, who had never before traveled outside her homeland, is visiting Peru as a guest artist in the inaugural edition of the Picante Festival, which this month has brought together more than 20 muralists from seven regional countries, including Mexico, Colombia, Paraguay and Bolivia.

The event is the brainchild of Chile’s Karim Sabal and Peru’s Mucho Gonzalez, artists and cultural promoters whose goal is to spruce up several Lima districts while providing the added “bonus of air purification.”

“Each square meter that’s painted will be representing the equivalent of two trees being planted,” Sabal told Efe.

He added that the paint used for the murals has an ingredient developed by Chilean company Pholio that degrades contaminating gases when activated by sunlight.

Calling the process similar to photosynthesis, he said the environmental benefits provided by Lari’s work alone are comparable to the planting of 200 trees in the city’s downtown.

The murals vary in terms of size and style and also extend to the Lima districts of Santiago de Surco, Barranco and Miraflores.

In that latter upscale shopping district south of downtown Lima, Colombia’s Sara Sifuentes used pink paint to “give life to a dusty and dirty wall” located a few meters from Parque Kennedy.

The 33-year-old Medellin native – whose favored images are dolphins, animals that she says transmit “messages of love, empathy and joy” – said she hopes her works fill the lives of Miraflores’ residents with “new energy,” even if only for a “microsecond.”

The creators of the festival’s first edition say their main goal is to make a positive contribution to the city of Lima and its inhabitants by demonstrating the value of this type of artistic expression and challenging the belief that street art is vandalism.

According to the score of guest artists, however, the festival also is an opportunity to share ideas and visions, support their sector and become acquainted with different techniques and styles.

“Far beyond painting these spaces and providing more room for artists, I think what’s being created is community … ties between people and the culture of street art,” Bolivia’s Abraham Velasco, another participant in the event whose artistic name is Oveja, told Efe.

With the inaugural edition now coming to a close, the Picante Festival is now is setting its sights on holding similar events in other parts of Latin America, starting with neighboring Chile. EFE 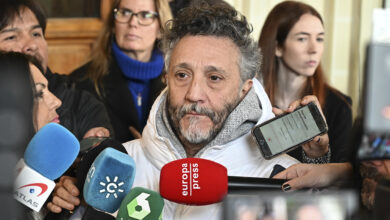