Orense, Spain, Jul 9 (EFE).- An air base which will be built with European funds in the Spanish town of Verín hopes to become a reference in the joint Spanish-Portuguese fight against the increasingly devastating forest fires that hit southern Galicia and northern Portugal every year.

The project, which has a budget of 9.1 million euros, was launched last March after a meeting of the Management Committee of the Interreg Spain-Portugal Cross-Border Cooperation Program (POCTEP).

The implementation period ends in 2022 and the initiative, led by the Xunta de Galicia, also involves the governments of Castilla y León and Extremadura, as well as Portugal.

The province of Orense was chosen as the site of the air base because of the frequency of forest fires hitting Galicia and Portugal every year, the support of European funds for these regions, and the proximity to the river.

In the last decade Galicia and, in particular, the province of Orense have topped all the lists in Spain both in number of intentional fires and burned areas.

Galicia exceeded 200,000 hectares burned in the past 10 years, while the province of Orense registered half of the major forest fires in the community and almost half of the total burned area (49%).

Of the 35 parishes identified by the Galician Government as having the highest fire activity, 27 belong to Orense. EFE 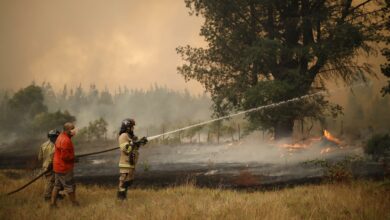