The Hague, May 23 (efe-epa).- European Union prosecutors are increasingly cumulating charges, including genocide, crimes against humanity and war crimes, against returning foreign terrorists and members of the so-called Islamic State.

Judicial cooperation agency Eurojust announced on Saturday, the fifth EU Day against Impunity, that it will enable longer sentences against individual perpetrators.

By imposing core international charges European countries can prosecute their citizens for war crimes, regardless of where they were committed.

Ladislav Hamran, Eurojust president, said in a statement: “We show the world that we care – not only about European citizens, but about humanity as a whole.

“It is our joint responsibility to bring justice to the countless victims and people affected by armed conflicts.”

Many of the accused were able to return to European countries because they have links through nationality or residency, while others sought to enter the EU as refugees or asylum seekers.

Matevz Pezdirc, head of the Secretariat to the European Genocide Network, said IS and Yabhat al Nusra, a branch of Al Qaeda in Syria, are terrorist organizations but must also be considered parties to armed conflict in Iraq and Syria.

This allows its members to be charged with war crimes, in addition to crimes against humanity and genocide.

These offences, which are classified as core international crimes, increase the possibility of higher sentences and of securing justice for victims.

It also means individuals can be charged not only for terrorism but also other crimes such as slavery, use of child soldiers, murder and human rights violations. 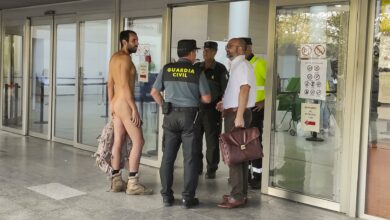