Brussels, Dec 6 (EFE).- The economy and finance ministers of the Eurozone, known as the Eurogroup, believe that their governments will have to keep providing financial support to spur economic recovery and to be ready to adapt their budgetary policy if the Covid-19 pandemic resurges.

The emergence of new variants of Covid is a reminder that financial support is still necessary for the region’s economies and that the Eurogroup should continue monitoring events very closely, said Eurogroup president Paschal Donohoe at the end of the body’s meeting in Brussels.

The ministers reviewed the economic situation among the 19 member nations, where the recovery has gained momentum in recent months, but great uncertainty still exists regarding the evolution of the pandemic, which has been aggravated in recent weeks in Europe leading many to fear new restrictions that could curb economic activity, to which must now be added doubts about the new Omicron variant of the coronavirus.

Economy commissioner Paolo Gentiloni said that the group remains very much aware that this crisis has not ended, with both old and new risks emerging, in particular the growing number of Covid cases and the reintroduction of restrictions, perturbations in the global supply chain and the increase in inflation.

The ministers told Brussels that fiscal policy must remain “agile” to adapt to the fluid situation.

That means moving from the generalized and emergency support that characterized the beginning of the pandemic to more focused aid to those homes and business sectors that need it.

Donohoe said that the economic recovery is now sufficiently strong to justify the change in policy.

The orientation of European institutions and governments is being backed by the International Monetary Fund, whose managing director, Kristalina Georgieva, presented to the Eurogroup her report on the eurozone which anticipates “modest” reductions in the economic forecasts of the Washington-based IMF.

Georgieva said at a press conference that the spike in Covid infections is leading to a “weakening” in the eurozone economy during the fourth quarter and “possibly” in the first quarter of 2023, which would explain these downward revisions.

The supply crisis and higher energy prices would also influence the revision of the IMF’s current projections, which are for eurozone GDP growth to be 5 percent in 2021 and 4.3 percent in 2022.

The IMF believes, when the economic expansion gets firmly established, that countries will have to go back to creating fiscal cushions, above all the most debt-ridden countries. And, although the rhythm of consolidation would need to be adapted to the circumstances in each country, it feels that now is the time for the countries to present their medium-term plans to accomplish that.

The top economic officials within the eurozone will keep monitoring the health situation, the supply dynamics and inflation with an eye toward “reevaluating” the orientation of fiscal policy for 2023.

The Commission said it might reactivate the deficit control and public debt regulations that were put in place in 2020 due to the pandemic, and it wants member states to agree on how to reform them.

In that regard, the IMF warned the ministers on Monday that going back to applying the current framework would force some very indebted countries to make adjustments that are “unrealistic and counterproductive” and it urged the adoption of a temporary agreement if the regulations are not revised for 2023.

Meanwhile, Spain’s first deputy prime minister and economy minister, Nadia Calviño, came to the meeting with the aim of speaking with her European counterparts to accelerate the disbursement of the first tranche of the recovery fund, some 10 billion euros ($11.3 billion), which would be added to the 9 billion euros received in August.

The European Commission gave the preliminary green light last week to that project after verifying that Spain had fulfilled the 52 goals and objectives of the recovery plan linked to this tranche and now the member states have four weeks to approve it within the Economic and Finance Committee, a body made up of technicians from the national economy ministries.

“Between today and tomorrow we’re going to finish talking with all our colleagues in Ecofin with an eye toward having that meeting of the Economic and Financial Committee before the end of the year and producing the disbursement as soon as possible,” said Calviño, who emphasized that the conversations between the Spanish government and the Commission allowed the approval of the payment within one month despite having two months to accomplish it. 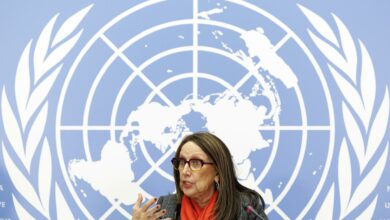