Madrid Desk, Jul 24 (efe-epa).- The battle for Europe at the top end of the English Premier League will play out on the final day of the season, as will the struggle for survival at the bottom with only one team certain of relegation so far.

It will be a crunch-time Sunday afternoon showdown with 10 matches kicking off at the same time.

The two remaining Champions League spots are still up for grabs with Chelsea, Manchester United and Leicester City all in contention.

Man United are due to travel to the King Power Stadium in Leicester for what promises to be a decisive match.

Ole Gunnar Solskjaer’s team have hit the ground running since returning from lockdown and have not lost a single league match.

Having held on to a top four spot for most of the season, Brendan Rogers’ Leicester City dropped the ball after the Covid-19 hiatus and slipped into the 5th position behind Chelsea.

Solskjaer’s team, currently in third place on goal difference, only need to draw with Leicester City to secure a place in the Champions League next year.

If they lose, the Red Devils will have to bank on Frank Lampard’s Chelsea losing at home to Wolverhampton Wanderers.

Solskjaer said on Friday: “Confidence levels are high because we’ve given ourselves a great chance going into the last game.

“It’s been a great effort by everyone getting to this position and now it’s just a game to go.” 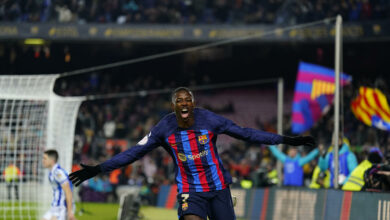