The Hague, Jun 10 (EFE).- A special operations center at Europol’s headquarters in the Hague will host some 40 liaison officers from 22 countries participating and hosting the Uefa Euro 2020 football championships that begin Friday to coordinate public security issues surrounding the tournament, including terrorist and cyber threats.

Also attending from outside the European Union will be representatives from Azerbaijan, North Macedonia, Russia, Switzerland, Turkey, Ukraine and the United Kingdom, as well as Interpol and Uefa.

The IPCC, of the National Football Contact Points, will be coordinated by the Dutch Police, from the country hosting Europol’s headquarters.

“This special operational set-up is created to enable swift cooperation and provide the necessary operational support for a safe and secure championship,” the agency said.

It will serve as a kind of central information hub so that officers from different national police authorities can be “on the ground 24/7 to easily exchange information and swiftly receive leads on ongoing investigations”.

Operational activities will focus on “public safety and criminal threats” that may jeopardize security during the tournament, including potential cybercrime, terrorism, match-fixing, trafficking in counterfeit goods – including negative PCR certificates – as well as other intellectual property crimes. EFE 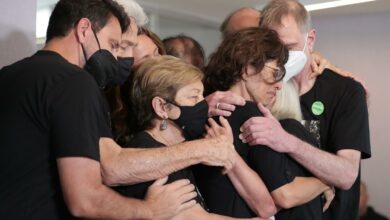