Washington, Mar 15 (efe-epa).- The US Federal Reserve decided on Sunday to cut the benchmark interest rate, the fed funds rate, to between zero and 0.25 percent with an eye toward stimulating economic activity and combatting the detrimental effects of the spread of the coronavirus on the world economy.

The Fed cut the fed funds rate from the previous target range of 1 percent to 1.25 percent and said it would stay at 0-0.25 percent “until it is confident that the economy has weathered recent events and is on track to achieve its maximum employment and price stability goals.”

The Fed also launched a huge quantitative easing program to help protect the economy amid the disruptions and turmoil caused by the virus. The program will take the form of $500 billion of Treasury Bonds and $200 billion of agency-backed mortgage securities and will begin on Monday.

The institution said in a statement that it was prepared to use “all” its tools to support the flow of credit to homes and businesses. The last time the Fed cut interest rates to zero was during the 2008 global financial crisis.

Also on the weekend the requirement that all passengers arriving in the US from Europe undergo health screening to rule them out as carriers of the coronavirus has created chaos at US airports, forcing travelers to wait for hours to get through border control points.

According to people affected by the controls, the very fact that travelers must wait for hours in tightly-packed lines along with other untested people from other flights contradicts US government recommendations to avoid crowds, one of several often-repeated warnings designed to reduce the spread of the sometimes deadly new virus to which humans have no immunity.

Similar scenarios are playing themselves out at many of the 13 airports selected to serve as entry points for passengers from areas around the world heavily affected by the virus. These airports include Dallas, Chicago and New York, where chaos in the flight arrivals area and long lines are preventing many people from making their flight connections on time.

President Donald Trump on Sunday acknowledged the chaos at the airports and apologized for the inconvenience and asked the public for their understanding.

“We are doing very precise Medical Screenings at our airports. Pardon the interruptions and delays, we are moving as quickly as possible, but it is very important that we be vigilant and careful. We must get it right. Safety first!” wrote Trump on Twitter on Sunday.

Starting at midnight on Friday, the US has been enforcing entry bans on foreigners coming from 26 European countries and will add the United Kingdom and Ireland to that list on Monday. The travel ban sparked a huge wave of Americans returning home before the airlines began to cancel flights from Europe due to scarce demand.

According to media reports, the waits for passengers at the Chicago’s O’Hare International Airport, the largest air terminal in the US, were so long that airport personnel were distributing food and water to the crowds, and Illinois Gov. J.B. Pritzker called the situation “unacceptable.”

Chicago Mayor Lori Lightfoot accused the Trump administration of endangering the health of passengers because of bad planning and the lack of enough personnel to screen passengers in a timely way.

Passengers from Europe, South Korea, Iran and China must wait in line to have their passports checked and to submit a customs declaration, along with other forms asking about their medical condition, and later must wait in another line to be medically screened to determine if they are showing any coronavirus symptoms.

New York, with 729 cases, is the state with the highest number of confirmed coronavirus patients, Gov. Andrew Cuomo reported Sunday. Three people have died there, and Cuomo called upon the US government to increase hospital capacity because 80 percent of the state’s 3,000 intensive care beds are currently occupied.

The governor added that starting Monday approximately half the public employees in Westchester, Rockland, New York and Long Island counties will be working from home, and he has called for reducing public services to only essential functions and for the recall of retired doctors and medical personnel to help deal with the health care crisis.

Around the Americas, the coronavirus pandemic is wreaking havoc and disrupting daily and economic life.

In Colombia, President Ivan Duque announced Sunday that foreigners will not be allowed entry into the country starting on Monday, although foreigners residing in Colombia will not be included in that ban. He also said on Twitter that all Colombian and foreign passengers will need to enter obligatory preventive isolation for 14 days. Thirty-four cases have been confirmed to date in Colombia, most of them people who recently arrived from countries such as Spain, Italy or the United States.

On Saturday, Colombia closed its border with Venezuela, cancelled almost all public events and tightened other measures to try and limit the spread of the virus.

The government of Nicaragua, meanwhile, refused to take any measures against the virus, a decision that has sparked controversy and revived internal socio-political conflicts. The government of Daniel Ortega reportedly does not intend to report on cases of Covid-19 and no quarantine has been established anywhere in the country with Vice President Rosario Murillo saying that the government “will not establish any kind of quarantine” in the future. 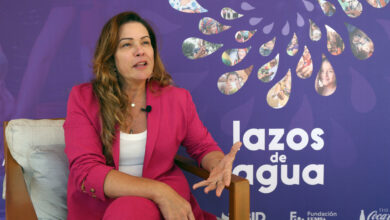