Porto Jofre, Brazil, Sep 17 (EFE).- The Pantanal, the largest wetland in the world which Brazil shares with Bolivia and Paraguay, will close out September with a record number of forest fires, which have already destroyed up to 22 percent of the region, a tragedy that is raising international pressure on President Jair Bolsonaro regarding his environmental policy.

According to figures released on Thursday by the National Institute for Space Research (INPE), Brazil’s Pantanal in the first 16 days of September registered 5,603 fires, surpassing the 5,498 fires registered in all of September 2007, which to date had been the record for the month.

The fires so far this month amount to practically double the 2,887 registered during September last year and the current rate will make this September another record-setting month in the history of the Pantanal, exceeding the 5,993 fires recorded in August 2005.

According to INPE, with three-and-a-half months to go before the end of the year, the Pantanal has suffered 15,756 fires so far this year, a record that exceeds the record set for all of 2005, the worst year in the history of the wetland when 12,536 fires were tallied.

INPE said that the fires this year – through last week – have destroyed 2.35 million hectares (about 5.9 million acres, or 9,220 square miles) of vegetation in the Pantanal, almost 16 percent of the wetland area in Brazil and a territory greater than the land area of countries like Israel or El Salvador.

But some environmental organizations calculate that the destruction has been much greater. “The burned area this year already comprises 22 percent of the Pantanal,” Alice Thuault, the assistant director of the Centro de Vida Institute (ICV), a non-governmental organization that monitors the deforestation and fires in the ecosystem, told EFE.

The Pantanal, which includes some 250,000 square kilometers (96,100 square miles), of which 150,000 sq. km (57,700 sq. mi.) is in Brazil, is recognized as a World Heritage Site by UNESCO and considered to be one of the richest ecosystems in the world in terms of its flora and fauna with about 600 species of birds, 124 types of mammals, 80 different reptiles and 60 species of amphibians.

On a 150-kilometer (93-mile) trip along the Transpantanera Highway between Pocone and Porto Jofre, in Mato Grosso do Sul state, one can see huge regions converted to ashes by the fires, destruction that is affecting not only the forestland but also the livelihoods and lifestyles of local indigenous peoples and which has killed uncounted animals, including members of threatened species such as the jaguar.

According to the ICV, the flames have already destroyed 85 percent of the 109,000 hectares (about 273,000 acres) of the Encontro das Aguas environmental park located in Port Jofre and one of the key tourist destinations in Brazil’s environmental areas due to the fact that it contains the largest number of jaguars in the world.

A year after the images of the Brazilian Amazon in flames spread around the world, bringing global protests, the fires in 2020 have mainly been affecting the Pantanal because of its long drought – the worst in 47 years – the high temperatures, climate changes and the high winds.

Despite the fact that natural fires are a regular occurrence in the Pantanal, the SOS Pantanal Institute, an ecological organization, calculates that more than 90 percent of the fires this year have been started by local farmers and colonists interested in increasing the land on which they can grow crops and raise cattle.

“The disaster under way in the Pantanal is unprecedented, but it could have been mitigated. Since the end of last year there have been indications that the drought would be serious and INPE itself warned about it. But there was no planning or integration,” Thuault told EFE.

Thus, many governments from different countries, ecological organizations and even Brazilian companies have been increasing their pressure against Bolsonaro’s environmental policy, accusing the Brazilian leader of incentivizing deforestation with his anti-environmentalist rhetoric, reducing resources for the sector and making financing for agricultural producers in the area more flexible.

On Monday, Brazilian Vice President Hamilton Mourao received a letter from 230 organizations and NGOs demanding that the government take measures to inhibit environmental degradation, one day after he received a missive from eight European countries who allege that deforestation will make the sale of Brazilian products abroad more difficult.

The eight countries signing the letter – Germany, Denmark, France, Italy, The Netherlands, Norway, the United Kingdom and Belgium – imported $6.77 billion worth of Brazilian agricultural products between January and August, 10 percent of the South American giant’s agricultural sales abroad so far this year.

On Wednesday, a group of European NGOs asked the French government to “definitively bury” the free trade agreement between the European Union and Mercosur, a pact that has been the focus of negotiations for two decades and still requires ratification.

“The letter sent by the European countries is worrying and reveals that Brazil’s old trading partners have lost confidence in the government. Bolsonaro is destroying our biomas, the Earth’s climate and the economic future of the country over an ideology that favors environmental crime,” Marcio Astrini, the secretary for the Climate Observatory, a Brazilian coalition of ecological NGOs, said.

The director of the Armando Alvares Penteado Foundation (Faap), a former Brazilian ambassador and government minister and also the ex-secretary of UNCTAD, Rubens Ricupero, said that Brazil is facing the biggest wave of pressure – both external and internal – in its history. “In 80 years, I’ve never seen that: pressure that is converging externally and internally that unites NGOs, big companies, banks and even governments,” he said. 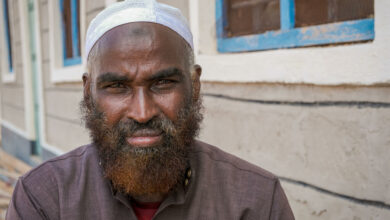