Sydney, Australia, Sep 10 (EFE).- Children from overseas stranded in New Zealand due to travel restrictions imposed on account of COVID-19 will be able to attend public schools until the end of 2020, the New Zealand government said Thursday.

“By allowing them to attend our state schools as domestic students, we are doing the right thing for these families so their children can get their studies and development back on track,” Education Minister Chris Hipkins said in a statement.

An estimated 1,300 children aged between 5 to 18 years, who have a temporary visa that prevents them under normal conditions from studying in New Zealand, will benefit from the measure that applies to those who arrived in the country before Apr. 2.

A majority of them are from the Pacific Islands, China, India and other parts of Asia, although there are also 210 children from Europe and another 81 from South America, according to official data.

“Most of the children were visiting here in New Zealand – either with their parents or staying with family – and cannot afford to pay fees as international students. That’s why we will be welcoming them as domestic students until the end of the year,” the minister added.

“We expect the additional students to be spread around schools throughout New Zealand, with some concentration in cities such as Auckland and Wellington.”

On Wednesday, the New Zealand government announced that it will allow the conditional return of some foreign temporary workers as well as the entry of foreign partners of the country’s residents and citizens, starting October.

New Zealand, whose government drew worldwide praise for its handling of the coronavirus epidemic with a strict lockdown and the closure of its borders when it had just 50 cases, currently has 1,441 COVID-19 infections, including 24 deaths and 120 active cases.

Last month, authorities imposed a two-week long lockdown in Auckland following the detection of four cases of COVID-19 after 102 days without any local infections.

Strict social distancing measures remain in place in the city, the country’s most populous, with milder measures in the rest of the country. EFE 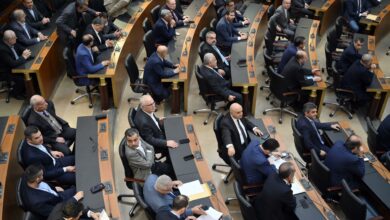