Paris, Oct 29 (efe-epa).- French president Emmanuel Macron on Thursday said he would more than double the number of soldiers deployed to protect potential terror targets across the country after three people were killed in a knife attack at a Catholic church in central Nice.

France has been placed on its highest security alert level following what Macron described as an “Islamist terrorist attack” at the Notre Dame Basilica in the Mediterranean city.

“We have been attacked, once again, because of our values. Because of our taste for liberty, for that freedom on our soil to worship freely and not to cede to terror,” Macron told reporters in Nice, where he met with local officials and first responders.

“And I say it clearly once again today: we will cede nothing.”

Macron made mention of an incident that took place in Saudi Arabia on Thursday morning, where a man was arrested after stabbing a guard at the French consulate in the capital Jeddah.

“Clearly, France is being attacked,” Macron said. It is not known whether the two incidents are connected.

The president expressed his condolences to the Catholic community in France.

“The entire nation stands by their side and will continue to do so so that our religions can continue to be practiced freely in our country.

“For that is what our country is: it is our values, that everyone can choose to believe or not believe, but that each faith can be practiced,” he added.

“In France, there is only one community. It is the national community. I want to say to every citizen, whatever their religion may be, whether or not they believe in God, we must at this moment come together and never cede to division,” he said.

The assailant in Nice was shot and detained by police before being transferred to the hospital.

The attack came just two weeks after a 47-year-old teacher, Samuel Paty, was beheaded by an extremist Islamist outside his school near Paris. Paty had shown a caricature of the prophet Muhammad published by satirical magazine Charlie Hebdo to his pupils during a discussion on freedom of speech.

Images of the prophet are considered deeply offensive by many Muslims and are widely seen as taboo in Islam.

Following the brutal murder, Macron pledged that the country would “not give up its cartoons.” His comments and support of the teacher have sparked a furious reaction across the Muslim world.

The military operation to guard potential terror targets, Opération Sentinelle, was first activated following the 2015 attacks against the Charlie Hebdo offices and a Kosher supermarket in Paris.

It was reinforced again in the wake of the Islamic State terror organization attack on Paris in November 2015, which killed 130 people.

The number of soldiers taking part in the operation will be boosted from 3,000 to 7,000, Macron said.

Speaking after the attack on Thursday, Nice mayor Christian Estrosi said: “Thirteen days after Samuel Paty, our country cannot be satisfied with laws of peace to annihilate Islamofascism.”

He added that one of the fatal victims was a woman who was beheaded, and that the perpetrator, who was seriously injured during his arrest by the municipal police, was repeatedly shouting “Allahu Akbar” (‘God is greatest’). 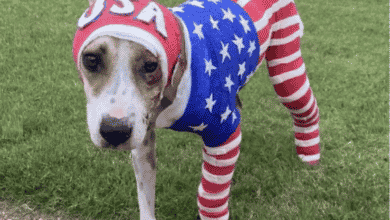 HRW denounces executions in operations against IS in Afghanistan