Bangkok Desk, Jul 18 (EFE).- From celestial dancers to Buddhas, Cambodia is trying to recover thousands of sculptures looted from its iconic Angkor temples and other monuments, and sold to international collectors and even prestigious museums.

Cambodian authorities have reportedly recovered more than 600 works since 1996, but they still have a long way to go to salvage all their missing pieces.

In May they wrote to the British government, the British Museum and the Victoria and Albert (V&A) Museum about some 150 Khmer works that may have been stolen.

“We are currently aware of thousands of statues in museums and private collections outside of Cambodia,” said Brad Gordon, a lawyer with Edenbridge Asia who advises the Cambodian government in its recovery efforts.

“Some institutions are being extremely gracious and cooperative, such as the National Gallery of Australia, while others are stone-walling.”

Most of the stolen pieces belong to the ancient Khmer Empire, a Hindu-Buddhist civilization that dominated large areas of Southeast Asia between the 9th and 15th centuries and built the impressive temples of Angkor, declared a World Heritage Site by UNESCO.

Cambodian plunder occurred primarily in the tumultuous era of the 1960s, through the 1990s and even the 2000s, including the conflict-related civil war in Vietnam, the genocidal Khmer Rouge regime and the following decade under Vietnamese occupation.

The routes of those who stole the sculptures mostly passed through Thailand and they instructed locals to tear the works from the Khmer temples, paying about $12 per night, wrote Simon Mackenzie and Tess Davis in their academic article “Temple Looting in Cambodia: Anatomy of a Statue Trafficking Network.”

In its letter addressed to British culture secretary Nadine Dorries on May 12, the Cambodian government said it has “launched a world-wide campaign for the return of its stolen antiquities, many of which were removed from ancient temples of Cambodia during the decades of civil war and genocide in our country.”

The letter, signed by Minister of Culture and Fine Arts Phoeurng Sackona, claims that some Cambodian works looted “during a time of chaos” ended up in the British and V&A museums.

She also reminds Dorries that the smuggling of cultural works is prohibited by the 1954 Hague Convention and the 1970 Convention on the Means of Prohibiting and Preventing the Illicit Import, Export and Transfer of Ownership of Cultural Property, and asks for her help to recover the works.

Also in the letter, the minister says “many” pieces passed through the hands of British antiquities dealer Douglas A. Latchford, who died in 2020 aged 88.

In 2019 he was charged in New York with “wire fraud, smuggling, conspiracy and related charges pertaining to his trafficking in stolen and looted Cambodian antiquities,” according to the US justice department, who added he was at large and residing in Thailand.

Last year, a deal was finalized for Latchford’s daughter Nawapan Kriangsak to return some 125 works to Cambodia valued at about $50 million, according to Artnet News.

In January, Netscape browser creator James H. Clark surrendered 28 antiquities to Cambodia, as well as others to India, Myanmar and Thailand, that he bought for about $35 million from the British collector between 2003 and 2008.

In the letters to the museums, the Cambodian authorities ask the British Museum to verify the permits and licenses of 100 pieces that could have been looted, and ask the V&A to do the same with another 50 works.

In this regard, Gordon says that Cambodia has not issued heritage export permits in the past, except for a gifts made by its king. 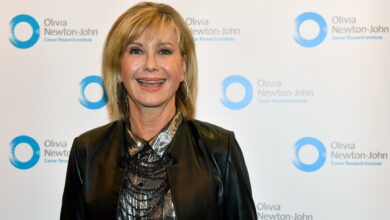