Santiago, Dec 22 (EFE).- They’ve gone from heading student protests with their fists in the air to entering La Moneda palace, the seat of Chile’s government, in just a few years. With the election last Sunday of Gabriel Boric as president, a new generation of “tieless” politicians who struggled out in the streets has burst onto the scene to try and change the country.

The image remains of outgoing President Sebastian Piñera, a conservative, on Monday welcoming Boric and his top two advisers, Izkia Siches and Giorgio Jackson, both 30-somethings, to the presidential residence.

The gesture was unthinkable a decade ago, when the trio were protesting outside of Congress demanding free and better quality education, with the then-26 Boric at the head of the combative Federation of University Students of Chile (FECH).

Piñera, who at the time was in his first presidential term, from 2010-2014, verbally skewered them, saying: “I respect idealistic and rebellious young people who want to build a better world, but they should remember that they also have duties.”

It is these same young people, now grouped into an alliance with the Broad Front and the Communist Party, who in March 2022 will serve in the cabinet of Boric, born in 1986, the youngest president – and the one receiving the most votes – in Chilean history.

The powerful student protests of 2006 and 2011 – the first one known as the Penguin Revolution – were what catapulted them to fame, Kenneth Bunker, a political scientist and the director of the Trequintos survey firm, told EFE.

After those demonstrations, which gave headaches to the Piñera and Michelle Bachelet administrations, they established the Broad Front, a coalition of leftist parties that burst onto the political scene in 2017 in a manner similar to Podemos in Spain, garnering 14 seats in the lower house of Congress and one in the Senate.

“That was the first rupture in the system,” the expert said.

Several Broad Front politicians formed opposition groups, that being the case with Jackson, the political strategist for Boric’s campaign, and also lawmakers Camila Vallejo and Karol Cariola, to whom experts attribute the adherence of the Communist Party and feminist groups to the pact.

One of those progressives who has acquired notoriety more recently is Siches, the former president of the Medical College and one of the most highly respected figures during the coronavirus pandemic, who just a month ago became Boric’s campaign director and became widely popular for traveling around Chile to ask people for their votes and shortly after gave birth.

“I look into the face of my daughter and I know what I must do,” she said in an emotional speech when she confirmed that she would join Boric’s team.

Those student battles are interpreted as the forerunners of the unexpected 2019 social crisis, which lasted for more than a year with massive marches for equality and demanding better pensions, education and healthcare.

Those demands, which were designed to advance the movement toward the universalization of social rights, were “absorbed” into Boric’s program, Claudia Heiss, the career director in Political Science at the University of Chile, told EFE.

“Their generation came to renew the leadership of a center-left that was frozen and wasn’t listening to the social base,” Heiss said.

During the 2019 marches and already as a lawmaker himself, Boric shows political acumen when he promoted the signing of a cross-cutting pact to draft a new Constitution, despite internal criticism from his coalition.

Two days after being elected president and as a gesture of institutional support, he met with the convention tasked with drafting the new text, an entity of peers with a progressive slant.

“Democracy is built by all of us. I hope that we have the will to cooperate with the arrival at the door of this process that makes me very happy and gives me tremendous hope,” Boric said.

With his devotion to crafting a new Constitution and for changing Chile, Boric received the votes of 55.8 percent of the country’s electors and was the nemesis of his election runoff rival, Jose Antonio Kast, an ultra-rightist with a strong anti-immigration message who opposed drafting a new Constitution in the 2020 plebiscite and obtained only 44.1 percent of the votes on Sunday. 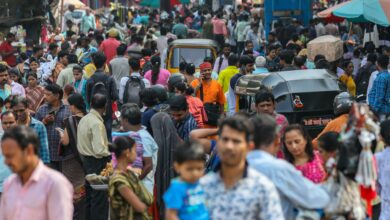