A heavy snow warning is issued when snowfall is expected to exceed two inches within 24 hours.

The KMA advised people to use public transport to avoid accidents and to leave for work earlier than usual to avoid traffic congestion.

The weather agency has forecast that it will stop snowing in Seoul on Thursday afternoon but will continue in central parts of the country until early Friday.

Snowfall of between 2 to 7 centimeters is expected until Friday and more than 10 centimeters in the mountainous regions of Jeju island.

Temperatures in the country are expected to be between minus 2 and 6 degrees Celsius, according to the KMA.

In recent days, South Korea has been witnessing a cold wave, whose effect has also been felt in large parts of Japan, especially in the north and west, where it caused transportation disruptions, most of which had been resolved on Friday.

Snowfall continued on Thursday, mainly on the coast of the Sea of Japan and the north of the archipelago.

About 16 centimeters of snow fell early in the day in the Hakkoda mountains, in the northern Aomori prefecture, while the city of Uonuma in Niigata recorded 10 centimeters of snow, according to the Japan Meteorological Agency (JMA).

Minimum temperatures reached minus 27 degrees Celsius in Nagano, minus 22 in Hokkaido and over minus 3 in Tokyo, the lowest temperature recorded in the capital this winter.

The Japanese weather authorities have called for caution to prevent accidents due to the accumulation of snow and the freezing of roads. EFE

Over 200 flights canceled in Japan amid record cold spell 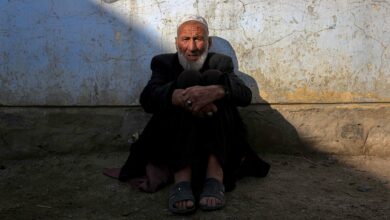 At least 17 die in northeast Afghanistan amid cold snap