Islamabad, Aug 5 (EFE).- A group of people in the eastern Punjab province of Pakistan demonstrated Thursday and tried to vandalize a Hindu temple again after it was partially damaged a day ago over an alleged desecration of an Islamic religious school by a minor boy.

The protesters in the city of Bhong in Rahim Yar Khan district wanted the police to arrest the Hindu boy, 11, who was granted bail by a court in the alleged desecration case.

The police claimed that they had moved the boy and his family to a “safer and unknown” location.

The boy had urinated in the seminary a few days ago. Police arrested him following a complaint by a cleric under the draconian blasphemy law that entails a death sentence in Pakistan.

The boy’s family has apologized for his actions, saying he was a minor and had mental health issues, a claim that could not be verified by the police so far.

The residents in the area got infuriated after the court granted set him free and started vandalizing the temple.

“Around 200 protesters entered the temple around 3 pm (on Wednesday) and broke its doors and windows,” police officer Wajid Hussain told EFE.

Some protesters blocked the highway that connects Sindh and Punjab provinces.

“The road remained blocked for three hours but the protesters left after negotiations with local authorities,” the police officer said.

On Thursday morning, the protesters gathered again at the temple site and tried to enter again.

More police arrived from neighboring areas to maintain law and order and stop the protesters from entering the temple.

“I am on the site right now and we are trying to disperse the protesters,” local police station head Jam Ejaz told EFE.

The incident happened in a residential society in Bhong town with just one temple for 80 Hindu families there.

The issue of places of worship for minority religions in the Islamic nation has been in focus after the construction of the Hindu temple in Islamabad was stopped as Islamists destroyed parts of the structure and issued fatwas (religious decrees) against it.

The new temple was meant to become a symbol of tolerance in Pakistan, but ended up converting into another example of fanaticism and violence against minorities.

Improving the situation of minorities – who represent only 4 percent of the country’s 207-million population – was a key campaign promise of Prime Minister Imran Khan when he came to power in 2018. EFE 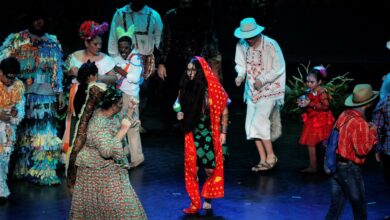