Beijing, Jul 29 (EFE).- Hong Kong authorities ordered an investigation after a large video panel fell from the ceiling onto the stage, injuring two dancers performing during a concert by local boy band Mirror at the Hong Kong Coliseum.

“​I have contacted the Secretary for Culture, Sports and Tourism, and instructed the Leisure and Cultural Services Department, together with relevant departments, to comprehensively investigate the incident and review the safety requirements of similar performance activities in order to protect the safety of performers, working staff and members of the public,” Chief Executive John Lee said in a Friday statement.

A video circulating on social media of the incident, which occurred on Thursday night, shows the giant video panel coming loose and then falling sideways on one of the 12 dancers on stage before toppling over and falling on another dancer.

The injured dancers were rushed to Queen Elizabeth Hospital.

One of them is in serious condition while the other is stable, public broadcaster RTHK reported.

The concert was stopped after the incident and the audience asked to leave by the organizers.

The concert was the fourth of a series of 12 by the band at the Coliseum.

In a separate statement, the Culture, Sports and Tourism said that the government had instructed the concert to be suspended until “the structure of the stage is proved to be safe.” EFE 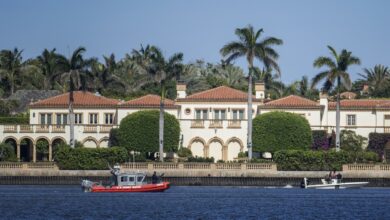