Budapest, May 24 (EFE).- Hungary’s prime minister Viktor Orban on Tuesday declared a state of emergency, citing the need to handle the consequences of the war in Ukraine.

The measure, which comes into effect at midnight, will allow his government to pass legislation relating to the repercussions of the conflict without parliamentary approval.

The ultranationalist leader made the announcement in a video statement shared on Facebook just hours after parliament approved a controversial constitutional amendment that underpins the new state of emergency.

Orban claimed the world was about to enter an economic crisis as a result of Russia’s invasion of Ukraine and the European Union’s retaliatory sanctions against Moscow.

Hungary has refused to send weapon supplies to Ukraine, citing its policy of not becoming involved in the war unleashed on its neighbor.

Two separate states of emergency are also in effect in Hungary, the first relating to the 2015 migrant crisis and the second to the Covid-19 pandemic.EFE 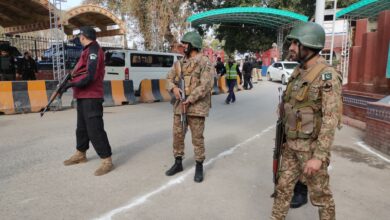 Israel announces series of measures against Palestinians after attacks