Budapest, Hungary, May 16 (EFE).- Hungary’s ultranationalist prime minister Viktor Orbán on Monday was sworn in after being re-elected in April for a fourth consecutive term.

Taking his oath of office, the prime minister accused the European Union of wanting to eliminate the sovereignty of member states and reiterated his veto on an embargo on Russian energy supply.

“Brussels is trying to eradicate the sovereignty of member states, and instead of the Europe of nations it wants to build the United European States,” he told parliament.

Orbán said Hungary would remain a member of the EU and “fight for the union of free and equal nations”.

Referring to the Russian invasion of Ukraine, the prime minister said that he was against an embargo on Russian gas and oil and that sanctions against Moscow were not succeeding in “bringing Russia to its knees”.

“We will not accept economic measures that ruin families,” he said.

Orbán’s ultranationalist party, the Fidesz, won an absolute majority on April 3 for the fourth consecutive time winning 54% of the votes and 199 of the 233 seats in the Hungarian parliament. EFE 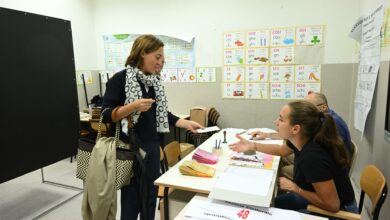