Cartagena, Colombia, Nov 16 (efe-epa).- The storm surge caused by the passage of Hurricane Iota on Monday flooded neighborhoods near the beaches of Cartagena.

The General Maritime Directorate (Dimar) reported that the usual sea level in front of the city has risen about 60 centimeters, which means that almost all the streets of the tourist neighborhoods of Bocagrande, Castillogrande and El Laguito remain flooded and traffic cut off.

Rising waters have also flooded numerous homes in the populous sectors of La Boquilla and Marlinda in the north of the city. There, the streets are completely flooded and people moving about outside do so with water up to their knees.

The Ciénaga de la Virgen overflowed and its waters have reached up to two streets inside the neighborhood of Olaya Herrera.

Two days ago the mayor of Cartagena decreed an emergency for the damage caused by Iota, which was a tropical storm on Saturday when it passed through the city and quickly became a category five hurricane as it advanced through the Caribbean Sea towards Central America.

On its way, Iota struck the Colombian archipelago of San Andrés, Providencia and Santa Catalina overnight, leaving extensive damage to the first island.

So far the magnitude of the disaster on the island of Providencia is unknown as there has been no communication since 3.00 local time (8.00 GMT).

To deal with the emergency in Cartagena, the authorities have delivered more than three tons of humanitarian aid, including food, clothing, mats, markets and drinking water to people who have totally or partially lost their homes and have been staying in shelters since Saturday.

They also put into operation heavy machinery in three towns in the city to unblock sewers and drains, and to clean debris-covered streets.

The passage of Iota through the Colombian Caribbean leaves more than 160,000 people with either their homes damaged or unusable.

Given the emergency, Colombian President Iván Duque plans to arrive in Cartagena Monday night, according to his office. EFE-EPA 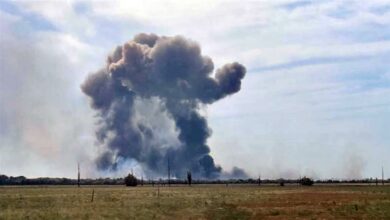