Hurricane Roslyn advanced across the Pacific Ocean as a category 4 hurricane but by the time it came ashore on Sunday in the town of Santa Cruz, in the western state of Nayarit, it made landfall as a category 3 tropical storm, Mexico’s meteorological service (SMN) announced on Twitter.

In a statement, SMN said that at approximately 06:20 local time (11:20 GMT) Roslyn touched down as a category 3 hurricane “with maximum sustained winds of 195 kilometers per hour, gusts of 240 km/h and moving north-northeast at 26 km/h”.

The tropical storm is expected to gradually weaken as it moves across land in Nayarit and south of Durango but will cause torrential rains in Nayarit, Durango, Jalisco and Sinaloa, Zacatecas and Colima, the body warned.

Mexico’s National Civil Protection Coordination (CNPC) urged citizens not to trust the momentary calm during the storm’s passage, urging them to “remain safe until authorities indicate that there is no longer any danger.”

The CNPC added that 583 temporary shelters were already operating in Jalisco and Nayarit.

In its report, the SMN said that as Roslyn moves across Mexico’s pacific coast it “will cause winds with gusts of 120 to 150 km/h and waves between 5 to 7 meters high with a storm tide on the coasts of Nayarit and the coast north of Jalisco”.

Winds of up to 120 km/h and 6-meter waves with storm tides on the central and southern coast of Jalisco were also expected, and gusts of up to 80 km/h with waves up to 4 meters high were expected to batter the coasts of Colima and southern Sinaloa.

“The rainfall caused by this system could cause landslides, increases in river water levels, overflows and floods in low-lying areas of the aforementioned states,” the SMN warned in its report.

Roslyn intensified to a category 4 hurricane on Saturday morning and throughout the day moved parallel to the Mexican coast, affecting the states of Michoacán, Colima, Jalisco and Nayarit.

On Friday afternoon, the SMN predicted that Roslyn could make landfall as a category 1 or 2 hurricane in the Mexican states of Nayarit and Jalisco by Saturday night or early Sunday.

In May, Mexican authorities predicted the formation of up to 40 cyclones in 2022, which they described as an “active season”, and predicted that of the total number of tropical cyclones generated, at least 5 would hit the country. EFE 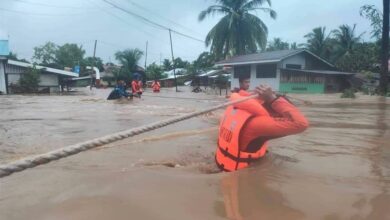 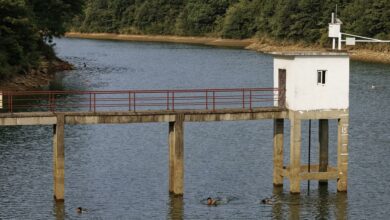