San José, Bolivia, Aug 2 (EFE).- The president of the 26th United Nations Climate Change Conference (COP26), the Briton Alok Sharma, highlighted on Monday the role of indigenous peoples and their knowledge of the environment, during his visit to Bolivia.

Sharma was speaking at an event in the town of San José, in a rural area of the prosperous eastern region of Santa Cruz, during a visit that will later take him to Brazil.

“Indigenous peoples from around the world, including of course in Bolivia, have much to teach the rest of the world about how to preserve nature,” said the president of COP26, who began his speech with a “jallalla” or “long live” in Aymara.

“It is very important to me that your voice is heard loud and clear on this debate on climate.”

Sharma said he had heard moving stories about the impact of climate change that indigenous communities in Bolivia have been experiencing, including the melting of glaciers, droughts, floods, rising temperatures and forest fires, problems also seen in other countries.

He urged countries, especially larger economies, to reduce emissions in the coming years.

Sharma added that it was the first time in the history of the climate conference that a group had been formed with women, youth and indigenous people to share their views during the planning towards the summit that will take place in November in the Scottish city of Glasgow.

Women and children suffer the most from the impacts of climate change in the world and that has to be responded to, he remarked, and promised that the meeting will be the most inclusive one yet.

Before the summit an event will be held in Milan, Italy, with 400 young people voicing their views on climate change, he said.

Before traveling to Brazil, Sharma will meet with Bolivian President Luis Arce, Vice President David Choquehuanca and ministers to see how they can work together. EFE 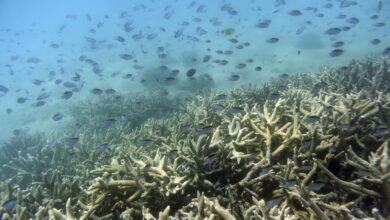