Arica, Chile, May 14 (EFE).- The Chinchorro, fisherfolk occupying what is now the northern Chilean province of Arica, resembled the other cultures of prehistoric South America in many respects, but have the distinction of being the first people anywhere in the world to practice artificial mummification of human remains.

While the oldest Egyptian mummies date from around 3000 BC, the earliest example of artificial mummification among the Chinchorro goes back to circa 5050 BC.

And though most ancient societies reserved mummification for the elite, the Chinchorro extended the practice to all members of the community.

“Everybody was mummified. The Chinchorros did not bury their dead,” archaeologist Valeska Laborde, who heads the municipal office of culture and heritage in Camarones, Arica, told Efe.

“The idea is that they (the dead) were accompanying (the living),” she said, adding that the Chinchorros carried the mummified bodies of relatives with them with they moved from place to place.

The oldest Chinchorro exemplars were created using the “black mummy” technique, which entailed taking the body apart, stripping away the flesh and tissue, and heat-drying the bones before reassembly, using feathers, grass, ash, soil, and other materials to cover gaps.

Hundreds of years later came the “red mummies,” with bodies transformed via incisions rather than dismemberment.

The existence of the Chinchorro mummies was discovered early in the 20th century by German archaeologist Max Uhle during an expedition in a valley linking the Pacific coast to the Atacama desert.

Unaccompanied by the kind of burial furniture associated with mummification in other cultures, the mummies were not arranged in any discernible pattern and the only commonality was that each was placed so as to face in the direction of the ocean.

More than 280 Chinchorro mummies have been found and experts say that hundreds more remain to be discovered.

Despite the significance of the discovery, Chilean authorities showed little interest in preserving the Chinchorro legacy until last year, when the United Nations Educational, Scientific, and Cultural Organization (UNESCO) added the Settlement and Artificial Mummification of the Chinchorro Culture in the Arica and Parinacota Region to its list of World Heritage Sites.

“The Chilean state is a state that doesn’t invest in culture, in patrimony, much less in archaeology,” Laborde said.

“We have very great – but very damaged – archaeological density, because anyone can come here and extract something and take it, without anyone’s knowing,” she said.

Currently, around 100 Chinchorro mummies are on display at two separate locations in the port city of Arica.

But last year’s recognition from UNESCO has prompted the regional government to explore plans for a dedicated Chinchorro museum and archaeological park.

“There will exist in the region of Arica and Parinacota a new museum of high standards to highlight the importance of the Chinchorro culture,” Gov. Jorge Diaz told Efe. EFE jm/dr

Ethan Hawke: There’s nothing worse than the Bogeyman

Bringing Rome’s Tiber back to life 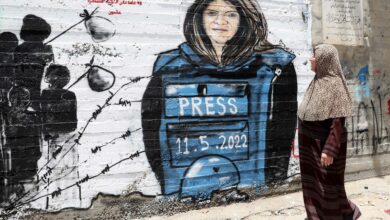