New Delhi, Sep 2 (efe-epa).- India on Wednesday added another 118 mobile applications to a list of apps blocked in the country, most of them Chinese, including the popular game Player Unknown’s Battlegrounds (PUBG), even as border tensions continued between the two neighbors.

“In the interest of sovereignty and integrity of India, defence of India and security of the State. And using the sovereign powers, the Government of India has decided to block the usage of certain Apps, used in both mobile and non-mobile Internet enabled devices,” the ministry of electronics and information technology said in a statement.

It added that the decision, which would “safeguard the interests of crores (millions) of Indian mobile and internet users,” was a “targeted move to ensure safety, security and sovereignty of Indian cyberspace.”

The government justified the decision by alleging that the blocked apps were “stealing and surreptitiously transmitting” user data in an unauthorized manner to servers located outside India.

The most prominent name on the list issued on Wednesday is gaming app PUBG, widely popular in India, its biggest market with around 175 million downloads so far, according to consultancy Sensor Tower.

The mobile version of the game is developed and owned by Chinese company Tencent Holdings.

The decision, which mainly targets Chinese companies, comes after earlier this week India accused the Chinese military of fresh “provocations” along their disputed boundary in the northern Ladakh region, despite diplomatic efforts to deescalate the situation following a series of alleged border crossings.

China denied the allegations and in turn accused India of “illegally trespassing” the border, demanding an “immediate withdrawal” of its troops.

In a similar move, India had first blocked 59 mostly Chinese applications on June 29, calling them “prejudicial to sovereignty and integrity” of the country, after bilateral tensions reached their peak following a clash in the same area in Ladakh on June 15, in which 20 Indian soldiers were killed and dozens injured.

The apps restricted in the first order included the popular video-sharing platform TikTok, owned by Chinese company ByteDance, which had its main market in India with nearly 470 million users at the end of 2019, much higher than the 173 million users it had registered in China. EFE-EPA 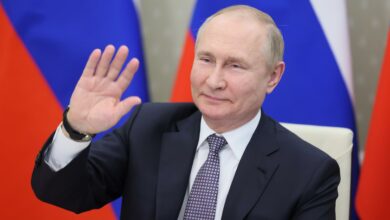