New Delhi, Dec 5 (EFE).- India signed a key mobility pact with Germany on Monday that would make it easier for people to study and work in each other’s country as Dutch Foreign Minister Annalena Baerbock began her two-day visit to New Delhi.

Development of renewable energies and environmental issues top the agenda of Baerbock’s trip to India.

“The agreement is testimony to India’s rapidly expanding multi-faceted strategic partnership with Germany,” the Indian foreign ministry said in a statement.

The German government proposes to significantly facilitate the immigration of qualified workers from abroad when it adopts a new immigration act in early 2023,

“The (agreement) is part of overall efforts to create a network of agreements with prospective labour market destination countries with twin objectives of creating of favourable visa regime for Indians towards accessing the labour market of these countries,” the Indian ministry said.

The pact has specific provisions to facilitate mobility and employment opportunities for fostering the exchange of skills and talents.

“Germany is our largest partner in the EU. We are today supporting the India-EU negotiations on trade, investment, and geographical indicators. We hope that they will progress well,” Jaishankar said.

He said the relationship between the two countries had matured to a point “where our cooperation should be visible more and more to the rest of the world.”

The Indian minister noted there were some points of friction, including the case of an Indian baby who is in foster care in Germany.

“We have concerns that she should be in her linguistic, religious, cultural, and social environment. That is her right,” Jaishankar said. “Our embassy is pursuing the matter with German authorities. It was a subject which I brought up with the minister.”

Baerbock pointed out that the case “is still pending in our court,” emphasizing that the most important thing for the German authorities “is the well-being of the baby.” EFE 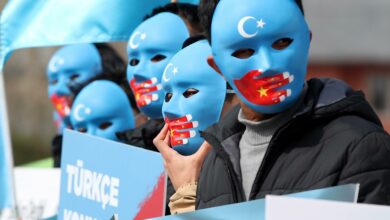