Srinagar, India, Mar 19 (efe-epa).- People in India-administered Kashmir on Thursday woke up to yet another lockdown due to coronavirus scare, bringing back the memories of unprecedented security restrictions imposed after the disputed region’s autonomous status was revoked in August last year.

The regional administration imposed fresh restrictions after the detection of four coronavirus positive cases, the latest one a day ago in the Himalayan region’s summer capital, Srinagar.

Deputy Commissioner Shahid Iqbal Choudhary told EFE that the government has restricted people’s movement as “a precautionary measure to stop the spread of the virus” after a woman tested positive.

The measures include “restrictions on public transport”, Shahid said.

Kashmir government spokesperson Rohit Kansal told EFE that the woman, who has tested positive after returning from a trip to Saudi Arabia on Monday, has been isolated.

Kansal said some 300 people in the region had completed their 28-day surveillance period. The authorities had collected sampled of 145 suspected patients.

Out of these, 118 have tested negative while reports of 24 are still awaited, he said.

Srinagar city’s mayor, Junaid Matto, urged people to “venture out only when necessary”.

But the blockade, unparalleled in the rest of India, which has reported 166 COVID-19 infections and three deaths so far, has triggered fears and suspicions.

“How can we survive in a lockdown like this? We are not in any developed region,” a Facebook user wrote.

“The lockdown will kill more people here than COVID-19. What about thousands of security forces personnel who reach or leave the Kashmir Valley daily,” the user asked.

The residents are also questioning the continued internet restrictions in the region that were imposed in August last year when the federal government imposed a complete security lockdown to prevent protests against its controversial decision of revoking the semi-autonomous status of Kashmir.

The only Muslim-majority state of India, which has seen decades of armed rebellion, was divided into two federally-ruled territories as the government tightened control over the region which is at the heart of a territorial dispute between India and Pakistan.

The restrictions were gradually eased since October even as an unknown number of people remain in detention, including former chief ministers Mehbooba Mufti and Omar Abdullah.

Internet access was also restored partially but at a slow 2G speed that has drawn criticism from human rights organizations like Amnesty International.

“There is growing anxiety around the pandemic and unwarranted restrictions on content and dissemination of information only stands to add to the panic,” Avinash Kumar, Executive Director, Amnesty International India, said in a statement on Thursday.

“Complete shutdowns or restricting of internet speed or access makes it difficult for people to navigate their way through a difficult time further undermining their trust in the authorities. The government of India needs to adopt a rights-respecting approach to protect public health and restore access to 4G speed Internet.” 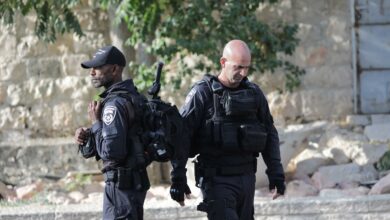