“It comes with a huge responsibility,” Ashwini told EFE about the post in a video-interview from the city of Bengaluru in the southern state of Karnataka.

She said the appointment is much more to her than just an office promotion or an academic achievement.

Ashwini KP, 36, hails from the Dalit community, situated on the lowest rung of the Hindu caste system, below the Brahmins (priests), Kshatriyas (warriors and rulers), Vaishyas (traders) and even the Shudras (servants).

Historically, the Dalits had been forced to work in professions considered “polluting,” such as manually collecting feces and garbage, processing dead animals and transferring or handling corpses.

In villages, their houses were situated on the outskirts, and they were often denied access to water sources or temples.

“I think it’s also about me, coming from the community, there’s a lot of expectation that I should focus on caste” during my term, the official said, although highlighting that “the term caste has not been explicitly mentioned in any of the (UN) conventions.”

The Article 1(1) of the International Convention on the Elimination of All Forms of Racial Discrimination (ICERD) defines racial discrimination in broad terms as “any distinction, exclusion, restriction or preference based on race, colour, descent, or national or ethnic origin,” with Dalit activists using the term “descent” to demand the acknowledgement of caste as a basis of discrimination.

“The absence of terminologies and conventions and covenants, also makes a lot of difference. And a lot of (…) academicians and Dalit activists are of the opinion that if there is an explicit mention of caste, that would make a lot of difference to directly address caste instead of beating around the bush,” the new special rapporteur underlined.

India has officially opposed including the term in the convention, insisting that “caste is not equal to race,” – an argument made by the Indian representative in July 2020 during the 44th session of the UN Human Rights Council – terming caste an internal matter for the South Asian country.

The outgoing rapporteur Tendayi Achiume had responded by saying that if “caste implicates any of those dimensions, including descent,” it brings the Dalit issue under her purview.

Indian authorities and leaders have carried out several systematic measures to resolve the problem of untouchability, but they have remained remained on paper.

After its independence India took three years to draft and implement its constitution, with Dalit leader Bhimrao Ramji Ambedkar playing a leading role in the process.

The document laid out a positive discrimination system through quotas or reserved positions in public administration and academic institutions for the untouchables and “lower castes,” in an attempt to set right centuries of oppression and exclusion.

Ashwini comes from one of the Dalit families who managed to break the circle of marginalization through these reservations, with her father working as a senior official in public administration.

She herself studied in some of India best universities, such as New Delhi’s Jawaharlal Nehru University, while taking forward the activism inherited from her parents.

However, as a student and later as a university professor of political science, she witnessed “an aversion about reservations” in her classmates and colleagues, who see it as a problem and would discuss whether the quota places were “really deserved.” 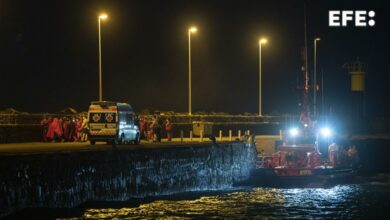