New Delhi, Dec 12 (EFE).- India’s largest wine producer, Sula Vineyards, made its debut in the stock market on Monday with an initial public offering (IPO) aimed at generating about 9.6 billion rupees (about $116) by Dec.14.

The company, which controls 52 percent of the wine market in India, will make available to promoters and current shareholders of the company up to 26.9 million shares at a price ranging from 340 to 357 rupees.

Until the end of trading on Monday, investors had bought some 5.2 million Sula Vineyards shares, or 19 percent of total shares offered, the Bombay Stock Exchange reported on its website.

After a drop in profits of more than 20 percent during the pandemic, the wine company showed the first signs of recovery in 2022, with nearly $52 million in net revenue, but still 6.5 percent less than in the fiscal year 2020, before the coronavirus brought the world to a standstill, according to a report by the Indian bank ICICI.

Sula Vineyards is the dominant player in the emerging wine market in Asia, with the capacity to manufacture 14.5 million liters annually, It also exports to more than 20 countries across four continents.

It has more than 1,000 hectares of vineyards in the western states of Maharashtra and Karnataka.

Although wine makes up only one percent of the total alcohol consumption in the Asian country – compared to the global average of 13 percent -, reports indicate that the wine market is on the rise.

India’s Ministry of Commerce and Industry reported a 14 percent annual growth in the sector between 2010 and 2017, while the ICICI report showed a 18.3 percent growth between 2014 and 2019.

India is currently the third largest market for alcoholic beverages in the world, and exported more than 247,000 metric tons of alcoholic products worth $322.12 million during fiscal year 2021, according to a statement by the Ministry of Commerce and Industry ministry last month.

The main export destinations for alcoholic products from India were the United Arab Emirates, Ghana, Singapore, Congo and Cameron. EFE 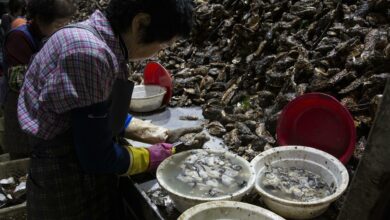 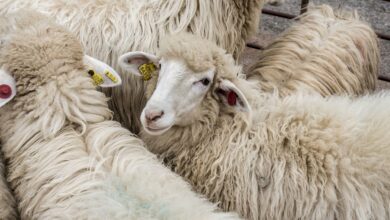 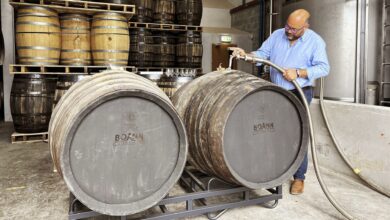