New Delhi, May 2 (EFE).- The severe heatwave that has been affecting India, with temperatures surging up to 47 degrees Celsius in some places, on Monday began to abate with the arrival of rains and thunderstorms that eased maximum temperatures in the worst-affected regions, authorities said.

Although on Monday the mercury did climb up to 43-47 degrees in some parts of the country, “heatwave conditions very likely to abate thereafter.” the India Meteorological Department said in its daily forecast bulletin.

The expected drop in temperature is set to be caused by rainfall over northeast India and thunderstorms accompanied by rain in the north, including capital Delhi.

North and northwestern India were the worst affected by the heatwave that spread across the region from Apr. 25, the third to hit the country since mid-March.

In the bulletin, IMD forecast a 3-4 degrees drop in the northwest, and a little less in central and western India, although no significant weather changes were expected in the rest of the country.

However, it added that the current heatwave could continue in isolated sports in central and western India, especially between May 4-6.

India experienced a rapid rise in temperatures this year from the second week of March, with the average temperature for the month shooting up to 33.1 degrees, the highest ever on record since data began to be kept in 1901.

These temperatures are unusual for this time of the year.

As per a recent study by Indian meteorologists – analyzing extreme weather phenomena such as the heatwaves that have affected the country in the last 50 years – over 17,000 people have died due to periods of unusually high temperatures. EFE 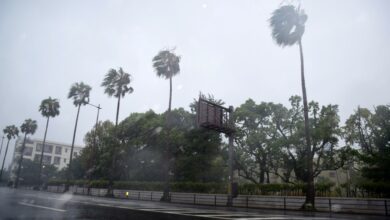 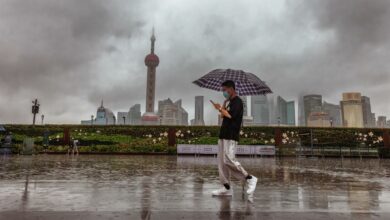 More than a million evacuated as typhoon Muifa lashes China