Jakarta, Apr 30 (EFE).- Indonesia approved Friday the usage of Chinese Covid-19 vaccine Sinopharm for emergency use in the country, the most affected by the pandemic in Southeast Asia.

Penny Lukito, head of the National Agency for Food and Drug Control, announced the approval at a press conference.

Sinopharm said that according to third-phase studies conducted with some 42,000 volunteers in the United Arab Emirates and other countries, the vaccine is 78 percent effective.

World Health Organization experts began meetings Monday to study the effectiveness of the vaccine with a view to approving its emergency use later this week.

Although the organization has not yet approved China’s Sinovac and Sinopharm vaccines, many countries have bought millions of doses from these companies in the face of a shortage problem that is slowing the inoculation against Covid-19 worldwide.

Indonesia, with a vast territory made up of more than 17,000 islands (6,000 of them inhabited), began its vaccination campaign Jan. 13 with the drug produced by Sinovac and aims to inoculate two thirds of its population, 181.5 million people, by March 2022.

So far, they have inoculated more than 12.2 million people, of which more than 7.5 million have received the second dose. This is less than the 17 million people who expected to be vaccinated at the end of April.

The country, which accumulates more than 1.66 million infections and 45,000 deaths from the pandemic, has signed agreements with Sinovac, Pfizer and AstraZeenca to receive almost 330 million vaccine doses against Covid-19. EFE 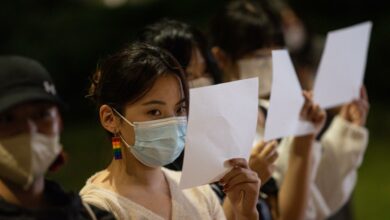