The alleged perpetrator was identified as Islam Farouk, a resident of the East Jerusalem neighborhood of Kafr Aqab, and was said to be a supporter of the Islamic State terror organization.

The interrogation revealed that Farouk, who was arrested six days after the explosions, planned and acted alone, according to the Shin Bet.

The man had finished his engineering studies recently and, according to the investigations, studied radical Islamic ideology on the internet.

He learned how to build explosive devices and had tested explosions in secluded areas in the occupied West Bank, the security agency said.

The Shin Bet said Farouk had also planned further attacks because another bomb weighing five kilograms that he was planning to plant at the Ramot Intersection in Jerusalem was found.

The announcement of Farouk’s detention comes a day after the domestic intelligence service said it had foiled a massive bomb attack in Israeli territory planned in the Gaza Strip.

Bomb attacks, especially at bus stops, were common in Jerusalem and other parts of Israel during the Second Intifada (2000-05) but had rarely taken place in recent years.EFE 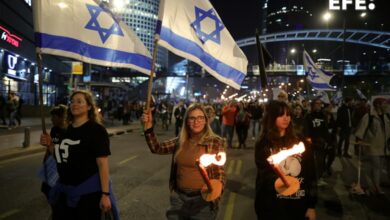