Tokyo, June 10 (EFE).- Japan celebrated Friday its return to the United Nations Security Council (UNSC) as a non-permanent member, but was critical of the effectiveness of the body, and once again asked for reforms.

“Japan will aim to maintain and strengthen the international order based on the rule of law, while cooperating in order for the UNSC to fulfill its expected role, through close communication and careful dialogue with other Member States,” Japanese Foreign Minister Yoshimasa Hayashi said in a statement, adding that his country will “continue to actively engage in UNSC reform.”

Japan will occupy the temporary seat in the UNSC for two years from Jan. 1, 2023, the body announced Thursday night. It will be the 12th time it has done so since joining the UN in 1956 – more than any other country.

Despite welcoming its appointment, Hayashi was critical of the functioning of the UNSC in the current context.

“The UNSC bears primary responsibility for the maintenance of international peace and security, on which Japan places great importance,” he said.

“However, this can be said to be a time of trial whereby the UNSC is currently not able to function effectively in the face of the aggression against Ukraine by Russia, which is a permanent member of the UNSC, nor against the nuclear and missile activities of North Korea, which repeatedly violates UNSC resolutions and threatens the peace and security of Japan, the region, and the international community.”

In recent times, Japan been critical towards the UNSC and in May described as “extremely regrettable” the veto of a resolution to tighten sanctions on North Korea in response to its most recent missile tests, after opposition from Russia and China.

Tokyo has repeatedly shown its desire to become a permanent member.

Mozambique, Ecuador, Switzerland and Malta will also take up temporary membership, joining the five permanent members: the United States, China, Russia, France and the United Kingdom, which have veto power.

The UNSC, which deals with peace and security issues, is the most powerful UN body, and the only one capable of imposing binding measures that can be applied by force. In addition to its five permanent members, it has another 10 rotating members. EFE 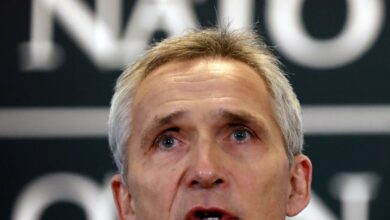