Tokyo, Sep 21 (EFE).- Japan will begin to administer third doses of Covid-19 vaccines to the general population early next year, starting with the elderly, the country’s vaccination minister said Tuesday.

The Ministry of Health, Labor and Welfare has approved the administration of a booster shot to those who have gone at least eight months since their second dose, due to studies showing declines in antibodies over time.

Medical personnel were the first group to start receiving Covid-19 vaccines in Japan in mid-February, so will get booster shots within the year, Taro Kono said at a press conference.

Next year, boosters will be given to those over 65 years of age, followed the rest of the general population.

The prioritization of the administration of the doses will follow the same system as the original vaccination campaign – after the elderly, people with underlying diseases and those in high-risk groups will take priority, and finally, the rest of the population.

Some countries are preparing to administer third doses in the hope that they will help normalize economic and social activities, disrupted by the pandemic.

In Japan, 68.85 million people, or 54.4 percent of the population, are fully vaccinated, while 66.5 percent have received at least one dose. EFE 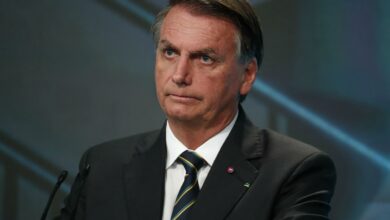 West a party to Ukraine conflict, Russia says at UN