Seoul, Aug 7 (efe-epa).- Japan’s largest steel producer has appealed a court ruling in South Korea to compensate Korean workers, who were forced to work in its steel plants during the Second World War.

Nippon Steel Corp has appealed the court’s decision for the seizure of the assets of PNR – a joint venture with the main South Korean steel company, POSCO, – to pay the compensation, a court in the Daegu district where the appeal was filed reported Friday.

The appeal by the Japanese company comes a few days before the confiscation of the assets of PNR ordered by the court becomes effective.

The Daegu District Court will now have to review the appeal, a process that will take months, according to legal experts consulted by the South Korean agency Yonhap.

The petition was filed after the Supreme Court of South Korea ordered Japanese firm Nippon Steel and Sumitomo Metal on Oct. 30, 2018 to compensate South Korean workers who were forced to work for Sumitomo metalworks – now owned by NSSM – during World War II.

The rulings by the South Korean courts have worsened the already tense relationship between Seoul and Tokyo on account of Japanese domination over the Korean peninsula (1910-1945).

The Japanese government has threatened further retaliation if PNR assets are seized after imposing an assortment of restrictions last year on exports of materials used by South Korean companies to manufacture screens and memory chips, its main export.

Japan maintains that all compensation for victims enslaved by Japanese companies was settled during the 1965 Treaty on Basic Relations, which established basic diplomatic relations between Japan and South Korea.

In accordance with the treaty, Japan donated $300 million to the neighboring country during the military dictatorship of Park Chung-hee.

The compensation, however, was mostly invested in industries and infrastructure and did not reach the victims, which is why thousands of them have recently sued the South Korean government. EFE-EPA 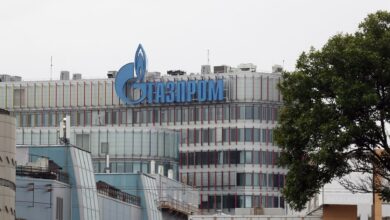