Lopez and Affleck reconnected in early 2021 after they had decided to take different personal paths.

In a brief video posted on her Twitter handle, the Puerto Rico-origin singer said she had a “very exciting and special story to share if you are not part of my inner circle.”

She said she would make it public through her personal newsletter “On the JLO,” but offered a clue by placing a green diamond ring emoji next to her name on the microblogging site.

According to People magazine, which confirmed her engagement to Affleck, the message to subscribers included another video in which the singer admired a green diamond engagement ring.

The couple, nicknamed “Bennifer,” has been seen on red carpets and public walks around the world, alone or accompanied by their respective children.

López had two with her ex-husband, singer Marc Anthony and Affleck had three with his ex-wife, the interpreter Jennifer Garner.

They postponed the wedding and finally called it quits in 2004 before giving it a second chance. EFE 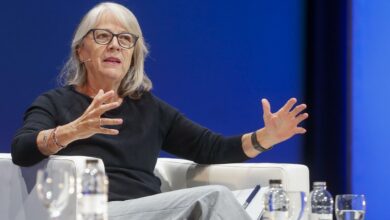 Head of Spain’s EFE on maintaining quality while embracing change