London, Jul 7 (efe-epa).- Johnny Depp “is not and has never been a wife beater”, his lawyer said Tuesday at a court hearing in London.

The American actor is suing News Group Newspapers (NGN), the publisher of British tabloid newspaper The Sun, over an article in April 2018 that called him a “wife beater”.

Depp, 57, and his ex-wife Amber Heard, 34, both attended the High Court in central London for the first day of the case, which is expected to last three weeks.

His lawyer David Sherborne told the court the libel lawsuit against NGN and Sun executive editor Dan Wootton “is not a case about money but about vindication”.

He said Heard had “invented these stories of serious violence” and that she was the “abuser” in the relationship.

The Sun’s article included accusations about Depp from his ex that the actor was violent towards her during their marriage, something he has strenuously denied.

“It will come as no surprise to hear that this is not a case about money,” Sherborne added.

“It is about vindication. Mr Depp has made that clear at various hearings.

“That is why he has come here, to clear his reputation.”

He said the domestic abuse allegations are at the center of the case and added that Depp “did not attack Ms Heard on these occasions or at all”.

Koro Toro, the ‘Chadian Guantanamo’ in the middle of the Sahara desert 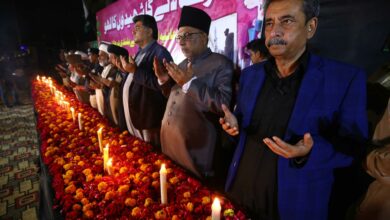