London, Dec 8 (efe-epa).- The British prime minister warned Tuesday that reaching an agreement with the European Union over Brexit will be “very, very difficult,” but that he hoped the “sweet power of reason” would prevail.

Boris Johnson was speaking before traveling to Brussels in the coming days for a face-to-face meeting with the president of the European Commission, Ursula von der Leyen, in an attempt to break the deadlocked talks that have been at an impasse due to the lack of progress on several key issues, most importantly trade and fisheries.

The EU’s chief negotiator, Michel Barnier, has indicated that time is running out to bring the two sides closer together. There are only three weeks left until the transition period ends, when Johnson has said the UK will leave the bloc, with or without an agreement.

The British PM said: “The key thing is, on 1 January, whatever happens there’s going to be change and people need to get ready for that change.”

London and Brussels agree that there are still significant differences on key issues, such as guarantees to ensure fair competition between British and EU companies, fisheries and mechanisms to resolve disputes over any future agreement.

“Our friends have just got to understand that the UK has left the EU in order to be able to exercise democratic control over the way we do things,” Johnson said.

The Tory leader said the two sides remain a “long way apart” on the fisheries issue, but he said that “hope springs eternal”. “I’ll do my best to sort it out if we can,” he added.

But he acknowledged that there may come a point when the UK and EU will have to accept that an agreement will not be possible.

“There are just limits beyond which no sensible, independent government or country could go and people have got to understand that,” Johnson said. 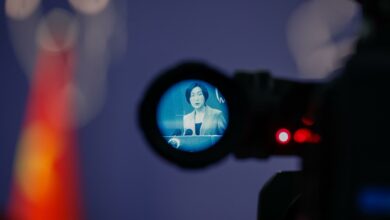