Kabul, Aug 29 (efe-epa).- The Afghan government said Saturday that it will not resume the release of the last group of Taliban prisoners, the main obstacle blocking the start of peace talks, unless the militants release a group of Afghan commandos.

“There are no changes to the plan. The Taliban will have to release our commandos (…) before the government resumes the release of the remaining 320 Taliban prisoners,” Javid Faisal, the spokesman of the country’s National Security Council, a body responsible for the prisoner release process, said on Twitter.

Faisal told Efe that there are 22 Afghan commandos in Taliban prisons which the government wants freed before releasing the remaining insurgent prisoners.

But the Taliban, who claim to have already completed the release of 1,000 government prisoners, say they will investigate whether there are commandos in their jails or not.

“(The government) claimed that their commandos are held by (the Taliban). We will be investigating their claim, and if there were commandos imprisoned with us, then they will be released during the intra-Afghan talks,” Suhail Shaheen, Taliban’s spokesman in their Qatar office, told Efe.

“Before the talks we released the 1,000 prisoners, which we were committed to releasing” based on the US-Taliban agreement, Shaheen added.

Under the terms of the agreement between the Taliban and the Americans, Kabul was to release 5,000 rebel fighters from their prisons, and the insurgents would release 1,000 Afghan troops before direct peace talks could begin.

The 320 prisoners still being held by the Afghan government are part of the 400 controversial Taliban prisoners, whose release was approved by the grand assembly of the Afghan elders on Aug. 9.

after president Ashraf Ghani said it was not within his authorities to release them, saying they were involved in serious crimes.

The council recommended their release after Afghan President Ashraf Ghani argued that he had no authority to release them, because they had been involved in serious crimes.

Faisal hsa blamed the insurgents for the delay. “It’s now on the Taliban to take action and help the peace efforts produce the expected outcome,” he said.

The controversial issue of prisoner swaps has delayed the start of intra-Afghan talks for over five months. EFE-EPA 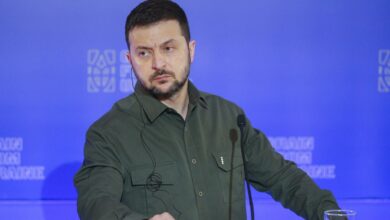