Seoul, Oct 11 (EFE).- North Korean leader Kim Jong-un has urged officials to work “unitedly” to boost the economy and solve the problems related to essential commodities like food shortage as the country was facing a “grim situation.”

Kim appealed Sunday during his speech to mark the 76th anniversary of the ruling Workers’ Party of Korea, the official KCNA news agency said.

“Socialism is what keeps us alive and it represents our life and future,” Kim said, emphasizing the need to pay attention to strengthening education in faith in socialism.

It is the first time that the leader has delivered a speech on the part raising day since he took power after his father, Kim Jong-il, died in 2011.

In his speech, Kim appealed to party officials to remain focused on “boosting the national economy and solving the food, clothing and housing problems.”

He emphasized the so-called “five years of great innovation,” and asked officials to “bring about great change (…) by racing against time and thus build a powerful socialist nation.”

North Korea is battling the worst food crisis in a decade.

The country reported earlier this year to the United Nations a situation worsened by the border closures and the interruption of imports from China due to the coronavirus pandemic.

In the plenary session of the Northern Workers Party in June, Kim made a rare admission about the widely-reported lingering food crisis in the so-called “hermit kingdom.”

He said the food situation was now “getting tense” as the agricultural sector failed to fulfill its grain production plan due to the damage by the typhoon last year.

The coronavirus outbreak forced the country to close its borders and reject the entry of humanitarian aid from abroad for fear of the spread of Covid-19.

The country has affirmed that there has been no contagion in the country.

In his speech on Sunday, Kim stressed that senior party officials should become “models in preserving the popular character” of modesty while “realizing the people-first politics.”

“They should always consider whether their work infringes upon the interests of the people or cause trouble to the people,” he noted.

He asked the officials to “deal with the arising issues from the stand of the people on the principle of providing convenience to the people.” EFE 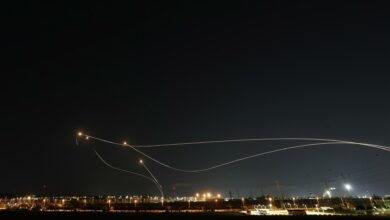