The dalgona honeycomb biscuit, made with sugar and baking powder, is not only witnessing a revival on the streets of South Korea but it has become a craze on social media sites like TikTok, where users offer recipes and re-enact scenes from Squid Game.

The candy featured in the third episode of the gory South Korean series, which has become Netflix’s most-watched show.

In the episode, Squid Game contestants must deftly carve out the shape printed in the center of the cookie without breaking the rest of the dalgona, or face certain death. 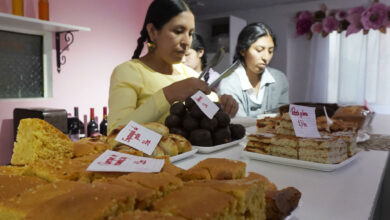 Bolivian Aymara designer opens boutique to products made by inmates

Trevor Noah signs off from The Daily Show after 7 years