Lviv, Ukraine, Mar 23 (EFE).- Russian and Belarusian military equipment is believed to be amassing along the border with Ukraine, according to the General Staff of the Armed Forces of Ukraine at the beginning of the 28th day of Moscow’s invasion on Wednesday.

“Based on the available information, Russian and Belarusian military equipment is being actively moved across the territory of the Republic of Belarus, and further accumulated along the Ukrainian border,” the General Staff said in a Facebook post, adding that it was to be confirmed.

It also claimed that in certain areas, Russian troops are “demoralized,” and that on Russian soil, “covert mobilization continues, with the aim of replenishing the personnel losses in the occupying group of troops” in Ukraine. It added that authorities are trying to recruit retired servicemen with combat experience.

The General Staff also stated that its forces continue “to conduct a defense operations in the eastern, southern, and northeastern directions,” that there are operational groups in Donetsk, Slobozhansk, and east of Tavriya operational districts, and that the advance of Russian troops is being held back in the direction of Zaporizhia.

In the northeast, “the main efforts are focused on covering the state border, holding back the enemy’s offense in the area of Malyn,” while the troops maintain their defense of Chernihiv and “hold back the advancement of the enemy in the direction of Kyiv.”

In the besieged southern port city of Mariupol – under heavy shelling for days as some 400,000 people remain trapped inside without electricity, heating or water – the General Staff said only that the “circular defense” of the city was taking place.

Ukraine’s air force and armed forces “are repulsing concentrated missile and air strikes of the enemy, covering important objects in Ukraine from the air, and grouping troops,” it said.

It added that in the past 24 hours more than 17 of Russia’s air targets (six aircrafts, five UAVs, one helicopter and five cruise missiles) have been hit and blows have been made to the accumulation of Russian equipment and manpower. EFE 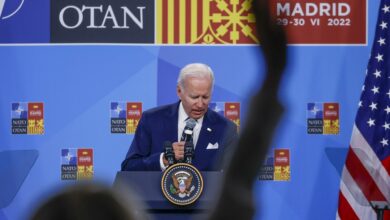 The Ukrainian woman taking in animals abandoned amid war 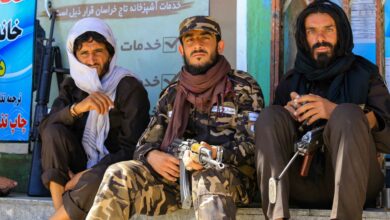