Beijing, Jun 3 (EFE).- He has been under close surveillance since 1989 and is used to facing obstacles, so when journalists are prevented from accessing his home, he has no problem going out and sitting down to chat in a nearby fast food restaurant.

Bao Tong, the highest official to be imprisoned in connection with the Tiananmen demonstrations of 1989 for his support of a negotiated solution, said that in the street it is easier for authorities to keep abreast of what the international press reports.

His mental acuity does not correspond to his partial blindness and, despite this, he insists on demonstrating the physical autonomy he enjoys at 88. When he wants to emphasize a statement, he touches the tip of his nose with his right index finger.

In 1989, Bao Tong was the first secretary of the general secretary of the China’s Communist Party, the ill-fated Zhao Ziyang, deposed because of his predisposition to dialogue with the protesters and who lived under house arrest until his death in 2005.

Bao Tong was also then a member of the CPC Central Committee and director of the Office for Research and Reform of the Political System. Bao Tong is an exception to the silence of the Chinese leadership and perhaps the biggest dissident in the country.

“They watch me 24 hours a day,” he said. “Not only people, but also cars, because they are afraid that he will take a taxi.” He said it is not because an old man who speaks slowly has the almighty Chinese Government in check.

“They are not afraid of me or what I say, but that other people know,” he said.

Mr. Bao was purged in 1957 during the anti-rightist campaign, during the Cultural Revolution (1966-76) and days before the Jun. 4, 1989 massacre began. The number of protesters killed by the army that day remains unknown 32 years on.

He was arrested on May 28 of that year and sentenced in 1992 to seven years in prison, accused of “revealing state secrets” and “counterrevolutionary propaganda.” He was released in 1996, but spent two more years in military accommodation.

Today’s China, he said, is far from that of 1989, when hundreds of thousands — sometimes millions — of people — not only university students — took to the streets of the capital and other Chinese cities to demand political openness and the end of corruption.

Bao said the Jun. 4 massacre, in which he derailed China’s political reform, was a turning point in the country.

“Since then, people have been afraid to fight,” he said.

At that time, there were many who expressed their opinions, and it was even clear that within the government itself and the party there were also different conceptions, among which — and to the regret of Bao and many others — the most reactionary ended up prevailing.

However, and despite the perception of a monolithic leadership in today’s China, Bao said that there are still “different opinions both in the country and the party,” only that “in some countries it is forbidden to express them.”

Asked about the necessary changes for today’s China, the biggest political victim of Tiananmen is clear.

“First, freedom of the press. It is what we need most. There are many necessary changes but for that it is essential that there be freedom of the press,” he said. “We would have to get rid of the ‘Chinese characteristics,'”, a recurring dialectical twist used by Beijing to justify adapting to its own needs of foreign systems.

Aked if the government is going to allow these changes, he said “right now, I don’t see it, but maybe because I have bad eyesight…”

He said he wanted “everyone tells what they know about Jun. 4, but people are talking less and less and many leaders have passed away.” adding that in schools, in the press and on social media, this dismal historical episode is heavily censored.

Bao Tong said that when Chinese schools can educate about Tiananmen, children will learn “freedom.” A greater freedom that he could never enjoy, and that has been filed in several different ways throughout his life. 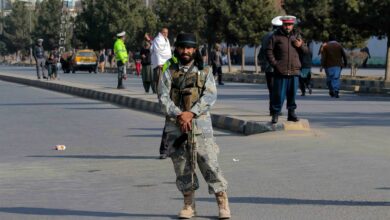 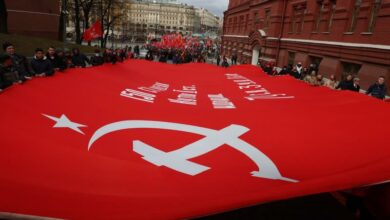 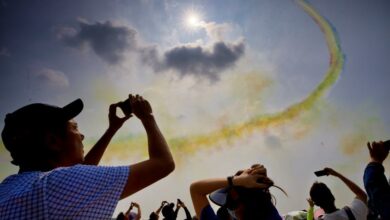