Bangkok, June 8 (EFE).- Former Thai police chief Col. Thitisan Utthanaphon and five of his assistants, were sentenced Wednesday to death, reduced to life imprisonment, after a video appeared in which they torture and kill a prisoner.

The Central Criminal Court for Corruption and Misconduct Cases in Bangkok found the former police officers guilty of murder by torture and prevarication, among other charges, in a hearing held 10 months after the case of police brutality and corruption was uncovered.

Thitisan, nicknamed “Joe Ferrari” for his love of luxury cars, detained the suspect in August in Nakhon Sawan province in central Thailand and tortured him with his aides, demand a bribe of THB 2 million ($61,000.)

The agents used several plastic bags to suffocate the detainee, which caused his death, but wrote in a report that he died due to a drug overdose while trying to escape, while the girlfriend, detained with him, was released without charge.

The incident was captured by a security camera and the video was leaked on social media and sent to a lawyer who denounced the events.

According to the sentence of Wednesday’s virtual hearing, the defendants also tried to revive the 24-year-old detainee, which, in addition to collaborating with the investigation, contributed to commuting their death sentences.

A seventh agent present during the Aug. 5 incident, was sentenced to five years and four months in prison because he did not directly participate in the torture of the detainee, an alleged drug trafficker.

The victim’s father, Jeerapong Thanapat, told reporters outside the court that he was satisfied with the sentence and that he would seek further compensation in another civil suit.

The parents have so far received compensation of THB 300,000 baht each.

Thitisan surrendered to authorities on Aug. 25 after several days on the run.

Police searched the luxurious 8,600 sq m-home, with a swimming pool and several gardens, of the former colonel in Bangkok, where they found more than 20 luxury vehicles.

Thitisan, who was on a monthly salary of THB 40,000, owned a Ferrari, a Lamborghini and several Porsches. EFE 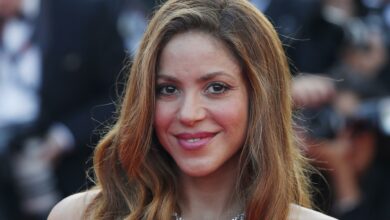