Havana, Mar 22 (EFE).- Havana and other Cuban municipalities are suffering growing problems with fuel shortages, with lines sometimes several hours long at many gasoline stations, which often have no supply for days.

The Cuban capital woke to gas station lines stretching for three or four blocks from gas stations run by Servicupet – the state-run gasoline network – and drivers had to wait up to eight hours to be able to get any fuel.

The lines in Havana and surrounding areas began lengthening on Sunday, after authorities published in Giron, the official regional daily, an announcement that starting on that day fuel rationing would commence in Matanzas province.

By Tuesday, the lines of a dozen or more vehicles had increased to several dozen. Several drivers told EFE that they had been waiting in line for hours to get gas.

At one service station in the Havana municipality of Playa, local residents told EFE that this was the first time in five days that fuel had been for sale there.

A friend got Rodrigo, a driver by trade, out of bed at 4 am to tell him and shortly thereafter he was waiting in line but wasn’t able to fill his tank until almost noon.

In front of him, he said, there was a handful of drivers who had been waiting since the previous day to get gas, and behind him there was an endless line of vehicles, with many of those drivers fearing that there would be no fuel left for them when it was their turn.

“They only allowed 40 liters (of diesel) per car. And 20 in fuel containers,” he said, adding that he brought his breakfast with him when he left home.

He waited so long that others in line began dropping out and others had to absent themselves for minutes at a time to use the restroom, hustling back so they wouldn’t lose their place.

Rodrigo said that there were moments of tension because people who arrived with gas cans were making a separate line from drivers in their vehicles and were not having to wait as long.

So, some drivers far back in the line went to get gas cans so they could shorten their wait. “In the end, the police had to come,” Rodrigo said.

Quintero said that, at least in the case of Matanzas province, the situation is not due to a scarcity problem but rather to seasonal problems with the fuel distribution system.

He said that Transcupet, the state-run fuel supply company, is currently working with just 62 percent of its tanker trucks, the rest evidently being out of service.

EFE asked the Cuban government for an explanation of the situation to understand the causes and extent of the problem, but so far the authorities have not responded.

The Cuban national media, meanwhile, so far have not reported on the situation.

The fuel supply problem also seems to be rapidly having an effect other interdependent sectors like taxi service and public transport in Havana.

Some users say that the frequency of “guaguas” (urban buses) has been reduced in the capital and most of those that are circulating are always full with no room for additional passengers. 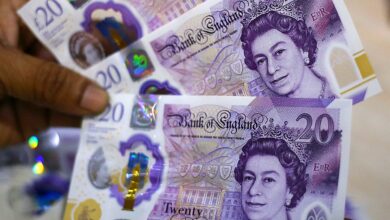