Caracas, Jun 4 (efe-epa).- In Venezuela on Thursday, people formed long lines and there were a number of incidents at filling stations, where gasoline is lacking once again after three days of massive resupply with gas the Nicolas Maduro government bought from Iran to alleviate the extreme fuel shortfall in recent months.

The reopening of gas stations brought people out onto the streets after being largely confined in their homes since mid-March to prevent the spread of the coronavirus and due to the scarcity of fuel, which forced Venezuelans to leave their vehicles parked.

But the “new normal” has brought with it old problems related to the local fuel supply, a situation that has worsened in certain parts of the country in recent years and which this year emerged anew nationwide in the country with the world’s largest proven oil reserves.

Right from the start during the sale of the Iranian gasoline problems cropped up. Although Venezuelan authorities had insisted that service stations would open at 5 am, dozens of them began serving customers only around noon, something that recurred and became commonplace between Tuesday and Thursday.

Of the gasoline stations that had the option to provide gas at a subsidized price of about $3 per fillup, on the fourth day some were offering it only at the international rate, meaning that filling one’s tank could cost up to $50 in a country where the minimum wage is $2 per month.

Meanwhile, the state-run PDVSA oil company is pursuing, via the social networks, an intensive promotional campaign for the 200 sales points with “unrestricted” purchasing opportunities for the public, where gas is only being sold at the international price and for cash, making buying gas there completely out of reach for most of the public.

Thousands of Venezuelans have had no chance to refuel this week because of the huge traffic jams near gas stations offering the fuel at the subsidized price – which, by government order is only available one day a week according to the last number on a person’s license plate.

In eastern Caracas, EFE found that dozens of people have been leaving the gas station lines after waiting for hours because the available gasoline ran out there, or at least that has been the message being passed from the pumps back up the long lines of frustrated drivers.

The governor of Anzoategui state, Antonio Barreto Sira, posted images on his Twitter account acknowledging the situation in his northeastern state, where people are experiencing the “agony” of waiting up to 12 hours in line with no guarantee that there will be any gas when it’s finally their turn to fill up.

On Wednesday night, many gas stations were dealing with long lines of vehicles waiting overnight to buy a few liters of fuel on Thursday.

People began complaining on Monday about the situation, with irate motorists arguing with gas station managers that the wait time in line was excessive or, as was often the case, that vehicles that had not even been in line were being allowed to fill up anyway.

Tensions escalated over the next few hours when videos and photos began circulating on the social networks showing shouting matches among people trying by force to get a few liters of gas.

The presence of thousands of police and soldiers at gas stations has not served to quell the proliferation of mini-protests in several areas of the country, where the public has shouted slogans or displayed signs expressing their disgust with waiting in line and the uncertainty of being able to buy gasoline. 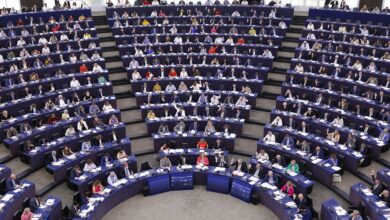