“It was (a government) against international law, antidiplomatic, antipolitical, despite which – in private – you know, and now I can talk about it, we had heaps of contacts with the Trump administration. The Trump administration was chaotic,” the Venezuelan leader said at a press conference.

Maduro went on to say that the Venezuelan government spoke “on various occasions” with then-US envoy to Venezuela, Elliott Abrams, “in the Caribbean.”

Caracas also “spoke in Mexico several times with special envoys,” as well as “in the Bahamas, on several occasions.”

“The Trump that was presented to us in the secret meetings was the good-natured Trump, who wanted to resolve the problems with Venezuela, who wanted to sit down and talk with me,” he said.

The US leader, Maduro added, even made “a promise” that “if he won the (2020) election” he would speak directly with the Venezuelan leader because he was “opinionated” about “the experiment” of opposition figure Juan Guaido in declaring himself Venezuela’s interim president.

“He wanted a direct relationship with me, but it was one thing in private – promises, offers – and another thing in terms of public, cruel acts against our people,” Maduro said.

In the face of that and after Joe Biden came into office on Jan. 20, Maduro expressed his hope that “there will be reflection and a profound rectification within the United States government on Venezuela, and it should be a realistic rectification, on the basis of reality.”

In response to another question regarding the stance of the Biden administration, Maduro said that “there is always room for dialogue.”

On that subject, he said that there are always “spaces” that are open for communication, although he warned that one should not view that willingness to talk as “a gesture of weakness” or as if Caracas was “begging on its knees.”

Regarding the declaration by US State Department spokesman Ned Price that the Venezuelan leader is a “dictator,” Maduro asked rhetorically if it is Price who sets “US policy for the world or is it the head of state, Joe Biden.”

On Feb. 3, Price said that Biden will pursue a similar strategy vis-a-vis Venezuela to that of the Trump administration, including continuing to recognize Guaido as the country’s interim leader.

Maduro said at the press conference that he is open to “anyone who wants to talk … in private, in public, whenever they want, wherever they want and in whatever way they want.”

However, he asked for “a little sensitivity among the US leadership” to recognize that the Venezuelan government is “a reality and a democratic reality.” 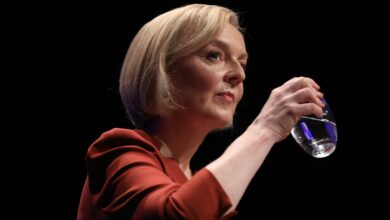