Havana, Jan 26 (efe-epa).- The American mafia plotted assassinations in its halls, its gardens were turned into trenches during the missile crisis and Johnny “Tarzan” Weissmuller used the second floor as a springboard to jump into the pool: few places in the world house as many stories as the Hotel Nacional de Cuba.

Open since Dec. 30, 1930 and sitting on a hill overlooking Havana’s famous boardwalk from the Vedado neighborhood, by today’s modern standards the Nacional is perhaps not the most luxurious establishment in the capital, but it more than makes up for it with a sea of anecdotes interwoven with nine decades of Cuban history.

Its stories and location “allows us to broadly tell the history of Cuba,” Aeleen Ortiz, a specialist in the hotel’s History Office, told EFE.

Centuries before the American engineering firm Purdy and Henderson built the hotel in 1930, one of the first in Latin America with a steel frame, the now extinct indigenous people took refuge in caves on the hill. It’s the same one on which after the British invasion of Havana in 1762, the Santa Clara Battery was installed, one of the enclaves of cannons whose fire defended the city.

There are still witnesses to that past. Two huge cannons in the garden recall the island’s colonial past and connect it with its contemporary history, because a few steps from those imposing weapons are the trenches and tunnels from the 1962 missile crisis.

“From this garden you could protect yourself from a possible American invasion expected after the invasion of Bay of Pigs,” says the historian, adding that many of the clients who come to the hotel “looking for famous stories” are surprised to find out about this moment when the world was close to nuclear war.

But as much history as the gardens have, so do the eight floors of the building.

Although today, due to the coronavirus pandemic, the establishment works at reduced capacity, the National “is the scene of how much history there is in Havana. There is not a famous person in the world who does not pass by the hotel when they come to visit,” says Ortiz.

Among the most common requests are to tour the rooms in which the Italian-American mafia plotted, or to sleep in the same room that Frank Sinatra and Ava Gardner occupied during their honeymoon.

It was the 1930s. Las Vegas did not exist and while Prohibition was in force in the United States, in nearby Havana there was alcohol and gambling was starting to flourish.

The mafia from the neighboring country soon realized the island’s potential and in 1946 they held a historic convention at the Nacional led by Charles “Lucky” Luciano (staying in room 211 and with Sinatra in the adjoining room).

“Many things are said about the gangsters but they were even friendly. They interacted with customers, with employees,” and they even asked about their families, says the hotel historian.

She also remembered “the other side of the coin” such as the planning of the murder of Ben Siegel, known as the father of Las Vegas, which took place in the Aguiar del Nacional dining room.

The hotel has dedicated a “hall of fame” to these and hundreds of other events, a space which serves as a bar and in which photographs and objects on display summarize nine decades of Caribbean glamor in a few meters.

Images of artists, European royalty, politicians – more than 100 heads of state – and athletes coexist with a mysterious suitcase left in the hotel’s luggage room, old letters from the restaurant, and letters of thanks.

Also on show is one of the roulette wheels of the casino that opened in 1956, the same year that Nat King Cole was banned from staying at the hotel because he was Black. The wheel had limited spins because three years later Fidel Castro banned gambling.

It is a list of names that also makes it possible to trace the recent history of the country: if in the 1940s and 1950s the mafia, Hollywood stars and Mexican and Spanish cinema stars and royalty prevail, from the 1960s those of intellectual and political fields proliferated, seasoned again with entertainment from the 1990s, when Cuba reopened to tourism.

One of the busiest moments is much more recent. The diplomatic thaw (around 2015-2017) with the US attracted so many Americans that “you couldn’t even walk through the hotel lobby,” recalls Ortiz. 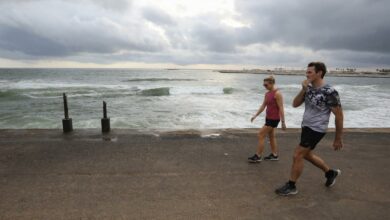 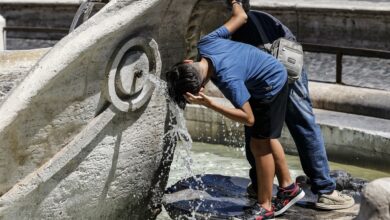 No stopping Rome’s nasoni fountains despite worst drought in decades