Bangkok, Feb 11 (efe-epa).- Malaysia’s gross domestic product (GDP) shrank by 5.6 percent in 2020, its worst contraction since the 1998 crisis when it had fallen by 7.4 percent, due to the economic downturn caused by the Covid-19 pandemic, the country’s statistics bureau said Thursday.

The construction sector plummeted by 19.4 percent while net exports fell sharply by 12.3 percent and the services sector decreased by 5.5 percent with respect to 2019, the Malaysian department of statistics said in a statement.

The Malaysian economy, which is in technical recession, contracted by 17.1 percent in the second quarter of last year, during the first months of the coronavirus pandemic, and shrank again by 2.6 percent and 3.4 percent respectively in the third and fourth quarters.

The government imposed strict restrictions to contain the spread of the pandemic but Covid-19 cases in the country soared later, with large outbreaks among migrant and factory workers.

So far, the only country in the region whose economy experienced growth last year is Vietnam, whose GDP grew at 2.91 percent, although it was its lowest increase in three decades. EFE-EPA

South Korea, Gates Foundation in deal to prepare for ‘next pandemic’ 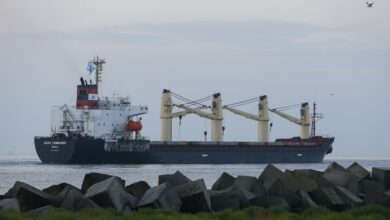